Using advanced brain imaging, researchers have matched certain behavioral symptoms of schizophrenia to features of the brain's anatomy. The findings, at Washington University School of Medicine in St. Louis, could be a step toward improving diagnosis and treatment of schizophrenia.

The study, available online in the journal NeuroImage, will appear in print Oct. 15.

"By looking at the brain's anatomy, we've shown there are distinct subgroups of patients with a schizophrenia diagnosis that correlates with symptoms," said senior investigator C. Robert Cloninger, MD, PhD, the Wallace Renard Professor of Psychiatry and a professor of genetics. "This gives us a new way of thinking about the disease. We know that not all patients with schizophrenia have the same issues, and this helps us understand why."

The researchers evaluated scans taken with magnetic resonance imaging (MRI) and a technique called diffusion tensor imaging in 36 healthy volunteers and 47 people with schizophrenia. The scans of patients with schizophrenia revealed various abnormalities in portions of the corpus callosum, a bundle of fibers that connects the left and right hemispheres of the brain and is considered critical to neural communication.

When the researchers looked at abnormalities across the corpus callosum, they found that certain characteristics revealed in the brain scans matched specific symptoms of schizophrenia. For example, patients with specific features in one part of the corpus callosum typically displayed bizarre and disorganized behavior. In other patients, irregularities in a different part of that structure were associated with disorganized thinking and speech and symptoms such as a lack of emotion. Other brain abnormalities in the corpus callosum were associated with delusions or hallucinations.

In 2014, the same team of researchers reported evidence suggesting that schizophrenia is not a single disease but a group of eight genetically distinct disorders, each with its own set of symptoms. In that study, Cloninger and Igor Zwir, PhD, an instructor in psychiatry at Washington University and an associate professor in the Department of Computer Science and Artificial Intelligence at the University of Granada, Spain, found that distinct sets of genes were strongly associated with particular clinical symptoms.

The current study provides further evidence that schizophrenia is a heterogeneous group of disorders rather than a single disorder. The researchers believe it will be important for future studies to focus on how precise gene networks are linked to specific brain features and individual symptoms so that treatments can be tailored to patients. Currently, therapies for schizophrenia tend to be more all-encompassing, regardless of an individual patient's symptoms.

In analyzing the clusters of genes and the brain scans, the researchers developed a complex method of analysis, similar to what companies such as Netflix use to predict movies that viewers might want to stream.

"We didn't start with people who had certain symptoms and then look to see whether they had corresponding abnormalities in the brain," Zwir said. "We just looked at the data, and these patterns began to emerge. This kind of granular information, combined with data about the genetics of schizophrenia, one day will help physicians treat the disorder in a more precise way."

This work was funded by the National Institute of Mental Health of the National Institutes of Health (NIH), and the Spanish Ministry of Science and Technology. Other funding was provided by an R.L. Kirchstein National Research Award, Stephen and Constance Lieber and Sidney R. Baier Jr. NIH grant numbers 5T32 DA7261-23, 5K08 MH077220, K08 MH085948, MH066031, 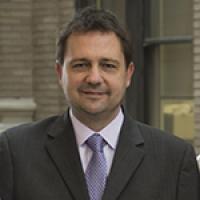 Brain Imaging Supports Idea that Schizophrenia Is More Than One Disorder