CHAMPAIGN, Ill. -- An ancient human skull and a jawbone found a few meters away in a cave in northern Laos add to the evidence that early modern humans were physically quite diverse, researchers report in PLOS ONE.

The skull, found in 2009 in a cave known as Tam Pa Ling in the Annamite Mountains of present-day Laos, and reported in 2012 in the Proceedings of the National Academy of Sciences, is the oldest modern human fossil found in Southeast Asia. Its discovery pushed back the date of modern human migration through the region by as much as 20,000 years. It revealed that early humans who migrated to the islands and coasts of Southeast Asia after migrating out of Africa also traveled inland much earlier than previously thought, some 46,000 to 63,000 years ago.

The jaw was discovered in late 2010 and is roughly the same age as the skull. Unlike the skull, it has both modern and archaic human traits.

"In addition to being incredibly small in overall size, this jaw has a mixture of traits that combine typical modern human anatomy, such as the presence of a protruding chin, with traits that are more common of our archaic ancestors like Neandertals - for example, very thick bone to hold the molars in place," said University of Illinois anthropology professor Laura Shackelford, who led the study with anthropologist Fabrice Demeter, of the National Museum of Natural History in Paris.

This combination of archaic and modern human traits is not unusual, Shackelford said. Other ancient human fossils from Africa, Eastern Europe and China also exhibit this amalgam of characteristics, she said.

"Some researchers have used these features as evidence that modern humans migrating into new regions must have interbred with the archaic populations already present in those regions," Shackelford said. "But a more productive way to look at this variation is to see it as we see people today - showing many traits along a continuum.

"Tam Pa Ling is an exceptional site because it shows that very early modern humans migrating and settling in eastern Asia demonstrated a wide range of anatomy," Shackelford said.

The paper, "Early modern humans and morphological variation in Southeast Asia: Fossil evidence from Tam Pa Ling, Laos," is available online or from the U. of I. News Bureau. 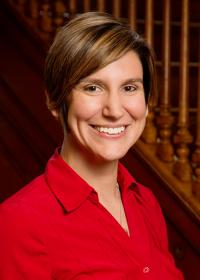