Researchers at University of California San Diego School of Medicine, with collaborators across the nation, have determined that magnetic resonance elastography (MRE) can be an accurate, non-invasive tool to identify liver fibrosis in children. Nonalcoholic fatty liver disease (NAFLD) is now the most common cause of chronic liver disease in children, and scarring of the liver, known as fibrosis, is a major determinant of clinical outcomes.

Results of the multi-center pediatric study were published online in the May 11 edition of Hepatology.

A generation ago, NAFLD was rare in children; it now affects 5 to 8 million children in the U.S. Moreover, NAFLD has become the most common cause of liver transplants in Americans under age 50. Due to the rapid increase in prevalence and severity of the disease, there is a growing interest in emerging imaging technologies that provide doctors with the information needed to care for patients, especially children, in a non-invasive manner.

"One of the challenges we face when evaluating a child with NAFLD is to determine the severity of their disease. A major component of that assessment is the staging of the amount of scar tissue seen from a liver biopsy. In MAGNET, we demonstrated that 2D MRE could be used to estimate hepatic stiffness (scarring) in these children," said Jeffrey Schwimmer, MD, paper's co-author and professor of pediatrics at UC San Diego School of Medicine. "We also identified a roadmap to help navigate future use of MRE technology. Ultimately, MRE may be most useful for monitoring the progression or improvement in children with NAFLD."

The MAGNET study (MRI Assessment Guiding NAFLD Evaluation and Treatment) was co-led by Schwimmer, director of the Fatty Liver Clinic at Rady Children's Hospital-San Diego, and Claude B. Sirlin, MD, professor of radiology at UC San Diego School of Medicine. MAGNET was the first multi-center study to use non-invasive imaging to assess liver fibrosis in children.

"One of the challenging parts of evaluating liver disease in children is determining the numeric cut-off for a positive diagnosis of fibrosis," said Sirlin, who was the study's senior author. "Radiologists and gastroenterologists using MRE should be aware that the interpretation in children may not be the same as in adults. Getting this right has real-world implications."

MRE is an imaging tool that measures the stiffness and elasticity of soft solid organs. MRE has emerged from being only a research tool to becoming clinically available on a large percentage of MRI scanners in medical centers across the country. Children in MAGNET were imaged at UC San Diego Health and at Texas Children's Hospital in Houston. The MRE images were independently interpreted at UC San Diego Health and Mayo Clinic in Rochester, Minnesota. Investigators used both manual interpretation and a newly developed automated interpretation method.

Schwimmer said that the UC San Diego research team is now exploring the potential of 3D MRE. Further refinement of 2D and 3D MRE, they said, would help close the gap between where each technology is today and where it needs to be to be maximally useful for children.

According to the American Liver Foundation, NAFLD is a spectrum of diseases that begins with excess fat builds up in the cells of the liver. As the disease progresses, fibrosis increases, which may become cirrhosis, a permanent form of scarring that can lead to liver failure and need for transplantation. NAFLD affects nearly 25 percent of adults in the U.S., and 5 to 10 percent of all children. In children, the average age of diagnosis is 12. 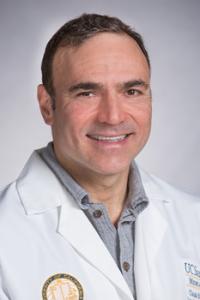