CHAMPAIGN, Ill. — In two new works, an anthropologist tackles a perplexing question relating to the enormously successful "Body Worlds" exhibits: How does society tolerate – and even celebrate – the public display of human corpses?

"Body Worlds – The Original Exhibition of Real Human Bodies" is the most widely attended exhibit in the world, said Jane Desmond, a professor of anthropology at the University of Illinois and author of a paper and book chapter on the subject. While the exhibition has generated some controversy, its promoters have succeeded in presenting it to more than 31 million visitors in Asia, Europe and North America since it opened in Japan in 1995.

Today, new exhibits are being developed for museums and galleries around the world, including the Museum of Science and Industry in Chicago, on March 18.

Gunther von Hagens, a German physician and anatomist, is the creator of "Body Worlds" and inventor of the "plastination" technique that makes it possible. Plastination infuses dead tissues with plastic polymers. The tissues are malleable at first, allowing technicians to manipulate them before they harden.

In a paper in the journal Configurations, Desmond, who wrote a social history of taxidermy, contrasted the treatment of specimens in "Body Worlds" to that of taxidermied animals. Unlike taxidermy, which focuses on the animal's exterior, "Body Worlds" shows the insides – the muscles, bones, nerves, organs and vascular systems – of the plastinated human bodies. Most traces of hair, skin and body fat are stripped from the specimens.

The lack of identifying features avoids offending viewers by drawing their attention away from the person whose body is on display and toward the body itself as an object of wonder or scientific curiosity, Desmond said.

"This process of subtraction that's taken away all the social markers in a sense idealizes and universalizes these individuals so that symbolically they come to stand for the undifferentiated human, which allows us to look with impunity because we're not really looking at a person or an individual," she said. "Von Hagens' plastinates could never be displayed with their skins on."

The corpses appear lifelike and often are positioned in athletic poses. Plastination also leaves the muscles pink, as if infused with blood, Desmond said, adding to the impression that the bodies are still animated.

"So there is the fencer, the chess player, the bicyclist, the archer, the figure skaters," she said. "And everyone looks like a marathon runner."

In the exhibition Desmond saw in London in 2002, the specimens were in pristine condition; in all cases but one (a pair of disembodied, cigarette-blackened lungs) they bore no signs of the actual or probable cause of death.

The context in which the bodies are presented is meant to soothe the moral, ethical and legal concerns that some audience members might have about the display, Desmond said. The exhibitors prominently assert in the museum halls and on their website that the individuals displayed voluntarily donated their bodies "for the qualification of physicians and the instruction of laypersons."

In a possible nod to religious viewers, one of the figures in the exhibit kneels in what could be interpreted as an attitude of prayer, Desmond said. Nearby a sign expresses gratitude to the body donors.

The exhibitors also promote the display as an advancement in the age-old study of anatomy, Desmond wrote, in "Touring the Dead," a chapter in an upcoming book on tourism research.

"The wall (of the exhibition space) is decorated with blow-ups of Renaissance and medieval anatomical prints, quotes from philosophers like Kant and Goethe, and illustrations of dissections, all anchoring the present exhibit in the past and accruing the legitimacy that such an invocation of art, anatomy, and the search for knowledge can afford," she wrote.

"Because of all of this animation, because of the de-emotional screen of scientism through which the entire thing is constructed, because of the depersonalization and the universalization, all of that, I think, is so powerful that it's possible to forget that we're in a room full of dead people," she said.

The paper, "Postmortem Exhibitions: Taxidermied Animals and Plastinated Corpses in the Theaters of the Dead," is available online. 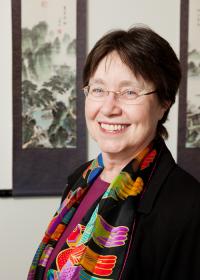