INDIANAPOLIS -- Might it be possible to identify and then reach out to help medical students whose actions may put them at risk of lapses in professionalism in medical school and beyond? Professionalism lapses are the most common cause for disciplinary action against practicing physicians.

A new study from the Indiana University School of Medicine and the Regenstrief Institute is one of the first to provide quantitative evidence to support anecdotal claims linking reflective ability of medical students and professional behaviors of future physicians.

"It is important to identify students at risk for professional lapses and to provide them with the help and training they need to avoid lapses in professionalism in the future," said Regenstrief Institute investigator and Indiana University Professor of Medicine Richard M. Frankel, Ph.D., senior author of the study, published online in advance of print in Academic Medicine, the official journal of the Association of American Medical Colleges.

"Medical students know right from wrong but don't always reflect on the short-and long-term consequences of their actions," Dr. Frankel said. "For example, cutting and pasting sources from the Internet without attribution, which some students believe is permissible, is actually a form of plagiarism as is cutting and pasting patients' electronic medical records. Not seeing or reflecting upon the connection between these two types of behaviors can pose a risk for serious lapses in professionalism. By enhancing students' training in reflective practice we can boost their awareness and vigilance regarding professionalism."

Focusing on students who attended medical school between 2001 and 2009, the study found that those with lower reflection scores, as determined by a narrative writing assignment on professionalism during their third year of medical school, had an increased likelihood of having been cited for professionalism lapses by faculty. Those students who received citations were required to appear before the school's student progress committee to show cause as to why they should be allowed to continue their medical studies.

"Reflection encourages students to think about the consequences of their behaviors and consider others' perspectives. This helps enhance their capacity for empathy, compassion and patient-centeredness, and is important for their professional development," said study first author Leslie Hoffman, Ph.D., of IU School of Medicine-Fort Wayne. "Students with low reflection scores may need additional mentoring to ensure they develop appropriate professional attitudes and values."

Each student was asked to reflect on an open-ended prompt to describe an experience during their internal medicine rotation when they interacted with patients and the physicians caring for them and learned something about professionalism. The narratives from each group of students were de-identified and discussed in small group settings.

The reflective narratives written by 70 medical students who had been cited for professionalism lapses were compared with those of a control group of 229 randomly selected medical students who had no professionalism deficiencies. Examples of professional lapses included falsifying notes in the patients' medical records, absence from assigned clinical responsibilities, signing into a lecture for someone else, not receiving vaccinations required for patient safety, and various forms of academic cheating.

Students in the group that had been cited for a professionalism lapse had significantly lower reflection scores than students in the control group.

An essay by one of the students who had committed a professionalism lapse described taking care of a complex patient, taking into consideration the patient's needs, addressing their concerns and challenges and observing that the patient was satisfied. However, what was missing from the essay, according to the study authors, was a sense of the student's perspective, a more detailed assessment of the elements of care that went into producing the outcome, and the lessons that the student took from the experience and might plan to put into their own practice of medicine.

An example of a professionalism narrative from the control group is one involving an older woman who needed a cardiac procedure. A student, who had not been cited for a professionalism lapse, wrote that as she was about to conduct a patient history and physical a cardiac team arrived and wheeled the patient to the elevator without introducing themselves or saying what they were doing, scaring the patient. The student explained what was happening to the patient and accompanied her to the procedure room, where the attending cardiologist did not introduce himself before beginning to work on the patient. Despite the risk of embarrassing or angering the cardiologist, the student acted to comfort the patient and noted that it led to a successful completion of the procedure.

Analysis of the narratives found no association between gender and professionalism lapses.

The authors concluded, "This study found a significant association between reflective ability and professionalism, although the findings are too preliminary to infer a causal relationship. Nonetheless, reflective activities appear to be a valuable addition to the medical curriculum, as a means of helping students develop professionalism, or as a means by which students' can demonstrate their professionalism. There is also a third possibility, that this is not a linear, causal relationship, but rather a circular relationship in which one enhances the other. Regardless of their purpose, reflective activities must be effectively integrated into the curriculum, lest they be perceived as an afterthought that is disconnected from the overall educational experience. In order for students to recognize the importance of reflection, the activities must be accompanied by a culture that values reflection and aims to develop reflective practitioners."

In addition to Drs. Frankel and Hoffman, authors of "Low Reflective Ability is Associated with Professionalism Lapses during Medical School" are Ronald L. Shew, Ph.D; T. Robert Vu, M.D. and James J. Brokaw, Ph.D., all of the IU School of Medicine, Indianapolis. 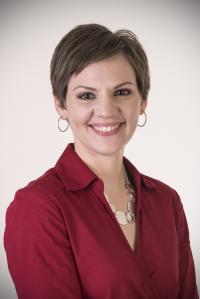