The balance of biodiversity within North American small-mammal communities is so out of whack from the last episode of global warming about 12,000 years ago that the current climate change could push them past a tipping point, with repercussions up and down the food chain, say Stanford biologists. The evidence lies in fossils spanning the last 20,000 years that the researchers excavated from a cave in Northern California.

What they found is that although the small mammals in the area suffered no extinctions as a result of the warming that occurred at the end of the Pleistocene epoch, populations of most species nonetheless experienced a significant loss of numbers while one highly adaptable species – the deer mouse – thrived on the disruptions to the environment triggered by the changing climate.

"If we only focus on extinction, we are not getting the whole story," said Jessica Blois, lead author of a paper detailing the study to be published online by Nature on May 23. "There was a 30 percent decline in biodiversity due to other types of changes in the small-mammal community."

The double whammy of late Pleistocene warming, coupled with the coinciding arrival of humans on the North American continent, took a well-documented heavy toll on the large animals. Almost a third of the big, so-called "charismatic" animals – the ones with the most popular appeal for humans, such as mammoths and mastodons, dire wolves and short-faced bears – went extinct. But until now, little had been done to explore the effects of that climate shift on smaller fauna.

"We were interested in the small animals because we wanted to know about the response of the survivors, the communities of animals that are still on the landscape with us today," said Elizabeth Hadly, professor of biology and a coauthor of the paper. "We focused not only on the Pleistocene transition, but also the last 10,000 or so years since then."

Blois and Hadly excavated deposits in Samwell Cave, in the southern Cascades foothills. They also sampled the modern small-mammal community by doing some live trapping in the area of the cave. Blois was a graduate student in biology when they did the work and Hadly her adviser. Radiocarbon dating of the samples was done by Jenny McGuire, a graduate student at the University of California-Berkeley.

The biggest change they saw in the fossil deposits was the manner in which different small-animal species were spread across the landscape. "In the Pleistocene, there were about as many gophers as there were voles as there were deer mice," Hadly said. "But as you move into the warming event, there is a really rapid reduction in how evenly these animals are distributed."

Some species became extremely rare, others quite common. And the species that became king of the landscape – by virtue of its very commonness – was the deer mouse.

"That is a pretty big, somewhat startling result," she said, noting that deer mice are so common in western landscapes that most people assume they have virtually always been so. "What these data tell us is that in the Pleistocene they were not dominant at all."

Prior to this study, Hadly said most researchers would not have expected species that survived the warming to show any effects. After all, they survived. "What we are saying is there was a big effect," she said. And as some species such as deer mice flourished, many other species declined.

"Local declines of species are the precursor of local extinction," said Rodolfo Dirzo, a biology professor at Stanford who was not involved in the study. Local population declines also imply disruption of the local ecosystem even without extinctions, he said.

"Small mammals are so common, we often take them for granted," Blois said. "But they play important roles within ecosystems, in soil aeration and seed dispersal, for example, and as prey for larger animals." And different small mammals play those roles differently.

"Deer mice just kind of eat everything, they live everywhere and they don't operate with the same complexity in an ecosystem that these other animals take as their roles," said Hadly. She said deer mice are considered a "weedy" species and, like the plants, don't have a strong habitat preference – they are generalists that will move in wherever there is an opening. When they replace other small-mammal species, the effects ripple through the ecosystem.

Deer mice don't dig the elaborate deep burrows that gophers do, so the mice don't aerate soils as effectively. They also don't disperse seeds the same way as tree squirrels, the consummate hoarders – and forgetters – of seeds; each forgotten cache is another colonization opportunity for the trees.

Nor do the nocturnal mice feed predators the same way as ground squirrels or chipmunks, which are active in the daytime. If those species are supplanted by deer mice, the change can affect the food supply of hawks and other creatures that feed in the daytime.

"Even though all of the species survived, small-mammal communities as a whole lost a substantial amount of diversity, which may make them less resilient to future change," Blois said.

And according to Hadly, an extraordinarily rapid change is looming.

"The temperature change over the next hundred years is expected to be greater than the temperature that most of the mammals that are on the landscape have yet witnessed as a species," she said. "The small-mammal community that we have is really resilient, but it is headed toward a perturbation that is bigger than anything it has seen in the last million years." 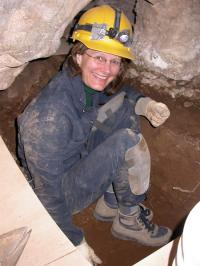 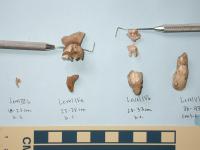