LA JOLLA, CA ---- Scientists have known for some time that throwing off the body's circadian rhythm can negatively affect body chemistry. In fact, workers whose sleep-wake cycles are disrupted by night shifts are more susceptible to chronic inflammatory diseases such as diabetes, obesity and cancer.

Researchers at the Salk Institute for Biological Studies have now found a possible molecular link between circadian rhythm disturbances and an increased inflammatory response. In a study published July 9 in Proceedings of the National Academy of Sciences, the Salk team found that the absence of a key circadian clock component called cryptochrome (CRY) leads to the activation of a signaling system that elevates levels of inflammatory molecules in the body.

"There is compelling evidence that low-grade, constant inflammation could be the underlying cause of chronic diseases such as diabetes, obesity and cancer," says senior author Inder Verma, a professor in Salk's Laboratory of Genetics and the Irwin and Joan Jacobs Chair in Exemplary Life Science. "Our results strongly indicate that an arrhythmic clock system, induced by the absence of CRY proteins, alone is sufficient to increase the stress level of cells, leading to the constant expression of inflammatory proteins and causing low-grade, chronic inflammation."

Cryptochrome serves as a break to slow the circadian clock's activity, signaling our biological systems to wind down each evening. In the morning, CRY stops inhibiting the clock's activity, helping our physiology ramp up for the coming day.

To gain insight into the role of circadian clock components on immune function, the Salk scientists measured the expression of inflammatory mediators in the hypothalamus (the area of the brain responsible for sleep-wake cycle regulation) of mice with deleted CRY genes. Through a variety of tests, these knockout mice showed a significant increase in the expression of certain inflammatory proteins known as cytokines, including interleukin-6 and tumor necrosis factor-α, compared to mice with CRY genes.

"Our findings demonstrate that a lack of cryptochrome activates these proinflammatory molecules, indicating a potential role for cryptochrome in the regulation of inflammatory cytokine expression," says Satchidananda Panda, an associate professor in Salk's Regulatory Biology Laboratory and one of the senior authors of the study.

In addition, the researchers found that a lack of CRY activated the NF-kB pathway, a molecular signaling conduit that controls many genes involved in inflammation. NF-kB is a protein complex in a cell's cytoplasm, "just happily doing nothing," says Verma. In response to stimuli, it is transferred to the cell's nucleus, where it binds to inflammation genes and turns them on. The regulation of these genes is tightly controlled, but NF-kB does not completely shut off their expression. This lingering expression causes inflammation.

"Every time this pathway is turned on, there is a residual amount of inflammation left in the body," says Rajesh Narasimamurthy, a research associate in Verma's laboratory and the paper's first author. "That adds up over time, contributing to inflammation-related diseases like obesity and diabetes."

Previous research has shown that suppressing the activity of the NF-kB pathway might be a suitable therapy for some diseases. For example, NF-kB is activated automatically in cancer cells of multiple myeloma, which affects infection-fighting plasma cells in the bone marrow and allows the cells to proliferate. Drugs that inhibit this activity might be able to degrade NF-kB to the point that it may kill off the disease.

The researchers say the goal now is to find out how to suppress NF-kB activation in the short term to treat diseases like diabetes. They caution that any long-term suppression of the pathway could lead to chronic infection. "We would like to find molecules that modify this activity and focus on those small-molecule inhibitors to treat disease," Verma adds.

Other researchers on the study were Fei Liu, of Salk's Laboratory of Genetics, and Megumi Hatori and Surendra K. Nayak, of Salk's Regulatory Biology Laboratory. 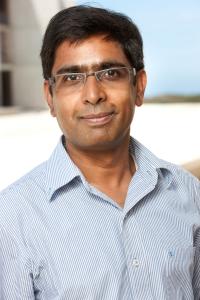