New technology developed by a Washington State University scientist could help police officers predict where burglaries are likely to occur.

Solmaz Amiri, a postdoctoral researcher at the Elson S. Floyd College of Medicine, created a 3D model of one of Spokane's highest crime neighborhoods that shows the precise level of visibility of windows, doors and other potential points of entry for a burglar from nearby houses and the road.

Armed with a doctoral degree in design from WSU, with concentrations in geographic information systems and environmental criminology, Amiri spent several years building her model from high resolution aerial imagery and in person field observations. The model not only displays the location of every door and window in a census block of a Spokane neighborhood but also the location, type and height of fencing, parking garages, storage sheds and landscape and vegetation features.

Amiri's goal was to come up with an objective tool for quantifying natural surveillance, the extent to which building openings are visible to and from their surroundings.

Previous research suggests that natural surveillance plays a large role in a burglar's decision to pick a particular door or window to break into, however it is notoriously hard to quantify this concept.

"In any given neighborhood, there can be hundreds or even thousands of lines of sight that have to be analyzed while taking into account the surrounding architectural and landscape features that can obstruct an observer's viewpoint," Amiri said. "Our model is unique in that we can place a point anywhere we want and see in realistic three dimensions how visible that location is from its surroundings."

Amiri used her model to analyze five years of data on the location of burglaries in Spokane to determine if there was a correlation between the visibility of entryways and the likelihood of them being broken into.

Her analysis revealed that the odds of a door or window being targeted by a burglar went up as its visibility form neighboring houses went down. Front doors, back doors and back windows were the most likely entry points because they tended to offer more concealment from neighboring houses than doors and windows on the sides of buildings.

"Our findings suggest that increasing natural surveillance may be a key factor in reducing residential burglary crime," Amiri said. "Increasing natural surveillance can be reinforced by residents of communities who engage in watching what goes on in their neighborhood and by designing outward facing buildings that are oriented towards the street to ensure that there are eyes upon the street."

The 3D modeling technique she developed could also be adapted for studying how burglaries and other crimes such as graffiti, car thefts or even shootings are influenced by levels of natural surveillance in other areas.

She published a study on her research last month in the journal of Applied Geography.

This study was conducted under the supervision of Kerry Brooks, professor of planning and public administration, Bryan Vila, professor of criminal justice and criminology, and Kenn Daratha, bioinformatics scientist.

It was funded by the Graduate Research Fellowship Program of the National Institute of Justice (grant no. 2013-IJ-CX-0044). 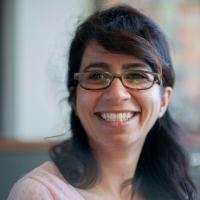