LOS ANGELES –– Continuing a tradition of recognizing its most outstanding physician-researchers, the Los Angeles Biomedical Research Institute (LA BioMed) will celebrate the many accomplishments of Drs. Joel D. Kopple and Robert S. Hockberger on May 1 at Legends 2014 at the Torrance Marriott South Bay.

"We are so pleased to recognize both of these distinguished physician-researchers as LA BioMed Legends because they have done so much to advance the pace of discovery and the practice of medicine," said David I. Meyer, PhD, LA BioMed president and CEO. "Dr. Kopple has received numerous awards and is known throughout the medical community for his groundbreaking research into kidney disease, his patient care and the training he's provided to medical students throughout his long career. Dr. Hockberger is a legend in the field of emergency medicine for the many contributions he's made to improving emergency care and to training the next generation of emergency room physicians."

Dr. Kopple received his medical degree from University of Illinois College of Medicine in 1962. He is a professor of medicine and public health in the David Geffen School of Medicine at UCLA and the UCLA Fielding School of Public Health and Division of Nephrology and Hypertension at Harbor-UCLA Medical Center.

Dr. Kopple's research focus has been on protein and amino acid metabolism in health and disease and on the nutritional and metabolic disorders in acute and chronic kidney disease and kidney failure and their treatments. He has published more than 500 peer-reviewed manuscripts, book chapters, reviews and editorials, and he has edited or co-edited many proceedings, as well as three editions of the book, "Nutritional Management of Renal Disease."

Dr. Hockberger received his medical degree from the Loyola University Stritch School of Medicine in 1975 and completed his clinical training in emergency medicine at the University of Chicago Billings Hospital in 1978. He served as chair of the Department of Emergency Medicine at Harbor-UCLA Medical Center from 1988-2013 and continues to serve the department as emeritus chair. He also serves as emeritus professor of clinical medicine at the David Geffen School of Medicine at UCLA. He has authored or co-authored more than 80 publications and serves as a senior editor for "Rosen's Emergency Medicine: Concepts and Clinical Practice," a 3,000-page textbook for the specialty of emergency medicine.

Dr. Hockberger is a past president of the American Board of Emergency Medicine, the organization that sets the standards for training and certification in the medical specialty of emergency medicine, and he is currently president-elect of the Society for Academic Emergency Medicine, an organization dedicated to the advancement of research and education in emergency medicine. He is also a national spokesperson for the American College of Emergency Physicians (ACEP), an organization that represents the interests of the 30,000 emergency medicine specialists practicing in the United States in the areas of continuing education and advocacy.

Dr. Hockberger received the Outstanding Contributions to Emergency Medicine Education Awards from the California and national chapters of ACEP in 1993 and 1995, respectively. In 2008, he was recognized by ACEP as a "Hero of Emergency Medicine," an honor the organization bestows upon emergency physicians who have made significant and sustained contributions to emergency medicine, their communities and their patients.

Founded in 1952, LA BioMed is one of the country's leading nonprofit independent biomedical research institutes. It has approximately 100 principal researchers conducting studies into improved diagnostics and treatments for cancer, inherited diseases, infectious diseases, illnesses caused by environmental factors and more. It also educates young scientists and provides community services, including prenatal counseling and childhood nutrition programs. LA BioMed is academically affiliated with the David Geffen School of Medicine at UCLA and located on the campus of Harbor-UCLA Medical Center. For more information, please visit http://www.LABioMed.org 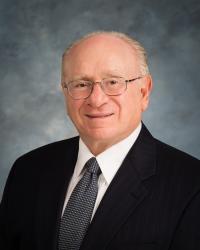