Albert Einstein predicted that whenever light from a distant star passes by a closer object, gravity acts as a kind of magnifying lens, brightening and bending the distant starlight. Yet, in a 1936 article in the journal Science, he added that because stars are so far apart "there is no hope of observing this phenomenon directly."

Now, an international research team directed by Kailash C. Sahu has done just that, as described in their June 9, 2017 article in Science. The study is believed to be the first report of a particular type of Einstein's "gravitational microlensing" by a star other than the sun.

In a related perspective piece in Science, entitled "A centennial gift from Einstein," Terry Oswalt of Embry-Riddle Aeronautical University says the discovery opens a new window to understanding "the history and evolution of galaxies such as our own."

More specifically, Oswalt adds, "The research by Sahu and colleagues provides a new tool for determining the masses of objects we can't easily measure by other means. The team determined the mass of a collapsed stellar remnant called a white dwarf star. Such objects have completed their hydrogen-burning life cycle, and thus are the fossils of all prior generations of stars in our Galaxy, the Milky Way."

Oswalt, an astronomer and chair of the Department of Physical Sciences at Embry-Riddle's Daytona Beach, Florida campus, says further, "Einstein would be proud. One of his key predictions has passed a very rigorous observational test."

The gravitational microlensing of stars, predicted by Einstein, has previously been observed. Famously, in 1919, measurements of starlight curving around a total eclipse of the Sun provided one of the first convincing proofs of Einstein's general theory of relativity - a guiding law of physics that describes gravity as a geometric function of both space and time, or spacetime.

"When a star in the foreground passes exactly between us and a background star," Oswalt explains, "gravitational microlensing results in a perfectly circular ring of light - a so-called 'Einstein ring.'"

Sahu's group observed a much more likely scenario: Two objects were slightly out of alignment, and therefore an asymmetrical version of an Einstein ring formed. "The ring and its brightening were too small to be measured, but its asymmetry caused the distant star to appear off-center from its true position," Oswalt says. "This part of Einstein's prediction is called 'astrometric lensing' and Sahu's team was the first to observe it in a star other than the Sun."

Sahu, an astronomer at the Space Telescope Science Institute in Baltimore, Maryland, took advantage of the superior angular resolution of the Hubble Space Telescope (HST). Sahu's team measured shifts in the apparent position of a distant star as its light was deflected around a nearby white dwarf star called Stein 2051 B on eight dates between October 2013 and October 2015. They determined that Stein 2051 B - the sixth-closest white dwarf star to the Sun - has a mass that is about two-thirds that of the sun.

"The basic idea is that the apparent deflection of the background star's position is directly related to the mass and gravity of the white dwarf - and how close the two came to exactly lining up," explains Oswalt.

Among astronomers, the findings are significant for at least three reasons, according to Oswalt:

For the average star-gazer, he says, the findings are meaningful because "at least 97 percent of all the stars that have ever formed in the Galaxy, including the Sun, will become or already are white dwarfs - they tell us about our future, as well as our history."

Editors of the journal Science, published by the nonprofit American Association for the Advancement of Science - the world's largest general scientific society - invited Oswalt to write a perspective essay on the Sahu paper because of his expertise on white dwarf stars. Oswalt received his bachelor's degree in astronomy from Indiana University in Bloomington and his Ph.D. degree in astronomy from The Ohio State University in Columbus. Before joining Embry-Riddle in 2013, he served as head of Physics & Space Sciences and held other faculty positions at the Florida Institute of Technology (1982-2013). During a sabbatical (1998-2000), he served as National Science Foundation program director for Stellar Astronomy & Astrophysics. He serves as chair of the Southeastern Association for Research in Astronomy (SARA).

Original video is available from Embry-Riddle. Additional multimedia and copies of the papers are available upon request from the Science Press Package team at scipak@aaas.org or (202) 326-6440.

Embry-Riddle Aeronautical University, the world's largest, fully accredited university specializing in aviation and aerospace, is a nonprofit, independent institution offering more than 80 baccalaureate, master's and Ph.D. degree programs in its colleges of Arts & Sciences, Aviation, Business, Engineering and Security & Intelligence. Embry-Riddle educates students at residential campuses in Daytona Beach, Fla., and Prescott, Ariz., the Worldwide Campus with more than 125 locations in the United States, Europe, Asia and the Middle East, and through online programs. The university is a major research center, seeking solutions to real-world problems in partnership with the aerospace industry, other universities and government agencies. For more information, visit http://www.embryriddle.edu, follow us on Twitter (@EmbryRiddle) and facebook.com/EmbryRiddleUniversity, and find expert videos at YouTube.com/EmbryRiddleUniv 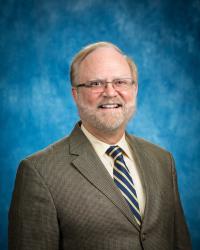