CHAMPAIGN, Ill. — A new survey reveals that many people in the U.S. – in some cases a substantial majority – think that memory is more powerful, objective and reliable than it actually is. Their ideas are at odds with decades of scientific research.

The results of the survey and a comparison to expert opinion appear in a paper in the journal PLoS ONE.

(Before reading further, test your own ideas about memory.)

"This is the first large-scale, nationally representative survey of the U.S. population to measure intuitive beliefs about how memory works," said University of Illinois psychology professor Daniel Simons, who led the study with Union College psychology professor Christopher Chabris. Simons and Chabris conducted the survey during research for their book, "The Invisible Gorilla," which explores commonly held (and often incorrect) beliefs about memory and perception.

"Our book highlights ways in which our intuitions about the mind are mistaken," Simons said. "And one of the most compelling examples comes from beliefs about memory: People tend to place greater faith in the accuracy, completeness and vividness of their memories than they probably should."

The telephone survey, carried out by the opinion research company SurveyUSA, asked 1,500 respondents whether they agreed or disagreed with a series of statements about memory.

Nearly two-thirds of respondents likened human memory to a video camera that records information precisely for later review. Almost half believed that once experiences are encoded in memory, those memories do not change. Nearly 40 percent felt that the testimony of a single confident eyewitness should be enough evidence to convict someone of a crime.

These and other beliefs about memory diverge from the views of cognitive psychologists with many years of experience studying how memory works, the researchers report. While studies have shown, for example, that confident eyewitnesses are accurate more often than eyewitnesses who lack confidence, Chabris said, "even confident witnesses are wrong about 30 percent of the time."

Many studies have demonstrated the ways in which memory can be unreliable and even manipulated, Simons said.

"We've known since the 1930s that memories can become distorted in systematic ways," he said. "We've known since the 1980s that even memory for vivid, very meaningful personal events can change over time. For example, (Cornell University psychology professor) Ulric Neisser showed that personal memories for the Challenger space shuttle explosion changed over time, and (University of California professor) Elizabeth Loftus and her colleagues have managed to introduce entirely false memories that people believe and trust as if they had really happened."

"The fallibility of memory is well established in the scientific literature, but mistaken intuitions about memory persist," Chabris said. "The extent of these misbeliefs helps explain why so many people assume that politicians who may simply be remembering things wrong must be deliberately lying."

The new findings also have important implications for proceedings in legal cases, the researchers said.

"Our memories can change even if we don't realize they have changed," Simons said. "That means that if a defendant can't remember something, a jury might assume the person is lying. And misremembering one detail can impugn their credibility for other testimony, when it might just reflect the normal fallibility of memory."

Simons is an affiliate of the Beckman Institute at Illinois.

The paper, "What People Believe About How Memory Works: A Representative Survey of the U.S. Population," is available online or from the U. of I. News Bureau. 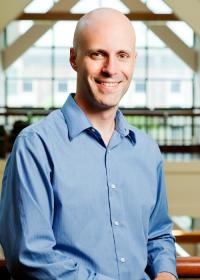