EAST LANSING, Mich. --- Contrary to popular opinion, unruly students are not driving out teachers in droves from America's urban school districts. Instead, teachers are quitting due to frustration with standardized testing, declining pay and benefits and lack of voice in what they teach.

So finds a Michigan State University education scholar – and former high school teacher – in her latest research on teacher turnover, which costs the nation an estimated $2.2 billion a year.

Alyssa Hadley Dunn, assistant professor of teacher education, conducted in-depth interviews with urban secondary teachers before they quit successful careers in teaching. In a pair of studies, Dunn found that despite working in a profession they love, the teachers became demoralized by a culture of high-stakes testing in which their evaluations are tied to student scores and teachers have little say in the curriculum.

"Those are not the skills that created Silicon Valley and Facebook," Dunn said, "and I don't believe the child who will eventually cure cancer will achieve that by learning to choose between A and B."

Frustration with high-stakes testing and top-down educational policies is part of what led Dunn, in 2009, to leave her job as an urban high school English teacher in Atlanta. According to the Alliance for Excellent Education, the teacher turnover rate in poor schools is about 20 percent per year – roughly 50 percent higher than the rate in affluent schools.

While previous research has examined why teachers quit after the fact, Dunn wanted to explore the issue while teachers are wrestling with the decision, to get a real-time take on the problem. In one of her studies, which appears in the Urban Review, the teachers she interviewed said the factors that made them want to continue teaching included their students, colleagues, commitment to the profession and worry about pursuing a new career in hard economic times.

"As previous research has shown, it is not, contrary to popular opinion, students who drive teachers out of the classroom," Dunn said.

But the negative factors – including lack of quality instruction time and low salaries – outweighed the positive aspects of teaching and led the teachers to quit. The average U.S. teacher salary decreased 1.3 percent between 2000 and 2013 – to $56,383, according to the National Center for Education Statistics. Further, the United States ranked 22 out of 27 participating countries in a 2011 study of teacher salaries by the Organization for Economic Cooperation and Development.

In addition, lack of support contributed to teachers' decision to quit. Dunn said teachers need more than professional development – they also need personal support, even if that's a colleague or an organized group to talk to about the pressures they face.

"How can teachers and administrators support each other in having courageous conversations about what teaching is doing to them," Dunn said, "and how can they work together to ease some of the common stressors?"

In the other study, which appears in Teachers College Record, Dunn interviewed one of her brightest former teaching candidates, Samantha Durrance, who went on to become an urban middle school teacher – only to quit after just two years in the classroom.

Like Dunn, Durrance found the high-pressure environment of standardized testing to be detrimental to both her and her students.

"The reality I found was one in which there are far too many standards and far too little time to teach," Durrance said. "I have given all of myself to this for too short a time to already be so drained. Fighting against the myriad of forces that drag our students down is just too much for me."

Teachers College Record The Voice of Scholarship in Education

Journal
Teachers College Record The Voice of Scholarship in Education 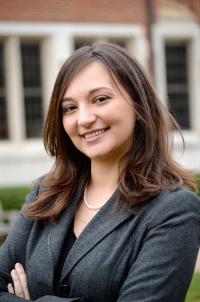