Tessellation patterns that have fascinated mathematicians since Johannes Kepler worked out their systematics 400 years ago – and that more recently have caught the eye of both artists and crystallographers – can now be seen in the laboratory. They first took shape on a surface more perfectly two-dimensional than any sheet of writing paper, a single layer of atoms and molecules atop an atomically smooth substrate. Physicists coaxed these so-called Kepler tilings "onto the page" through guided self-assembly of nanostructures.

The experiments were carried out by postdoctoral researcher David Ecija, PhD candidate Jose Ignacio Urgel and colleagues in the Physics Department of Technische Universitaet Muenchen (TUM), in collaboration with scientists in Karlsruhe and Zurich. They reported their findings in the Proceedings of the National Academy of Sciences.

Organic molecules equipped with functional groups to express distinct linkages to metal atoms were deposited onto a smooth silver substrate under vacuum conditions. Subsequently the organic layer on this platform was exposed to an atomic flux of the lanthanide cerium. At a certain ratio of cerium atoms to molecules, self-assembly produced a symmetrical complex 2-D pattern described originally by Kepler and known today as the snub square tiling. Clearly identifiable through scanning tunneling microscopy was a recurring, five-vertex connecting element less than one nanometer across, a cerium-ligand coordination unit.

That the snub square tiling pattern had never been fabricated and seen at the molecular level by exploiting self-assembly protocols was interesting in itself. Beyond that, the physicists explain, every new surface architecture could potentially open the way to novel physics and chemistry, and until now five-vertex structures have proven elusive. In particular, the fact that the lanthanide element cerium played such a key role marks this as the beginning of a new line of research.

This is the first time the TUM researchers – members of Prof. Johannes Barth's Institute for Molecular Nanoscience and Chemical Physics of Interfaces – have coordinated molecules with a lanthanide, and the first time anyone has done this in 2-D. "And lanthanides are special," David Ecija explains. "They have very intriguing optical, magnetic, and chemical properties that could be interesting for nanoscience, and possibly also for nanotechnology. Now we have a new playground for research with the lanthanides, and beyond."

This research was supported by the European Research Council through Advanced Grant MolArt (Grant 247299) and Marie Curie Fellowship Grant 274842; the German Research Foundation (DFG) through Grant BA3395/2-1; and the TUM Institute for Advanced Study.

Technische Universitaet Muenchen (TUM) is one of Europe's leading universities. It has roughly 500 professors, 9,000 academic and non-academic staff, and 32,000 students. It focuses on the engineering sciences, natural sciences, life sciences, medicine, and economic sciences. After winning numerous awards, it was selected as an "Excellence University" in 2006 and 2012 by the Science Council (Wissenschaftsrat) and the German Research Foundation (DFG). In both international and national rankings, TUM is rated as one of Germany's top universities. TUM is dedicated to the ideal of a top-level research-oriented entrepreneurial university. The university's global presence includes offices in Beijing (China), Brussels (Belgium), Cairo (Egypt) and Sao Paulo (Brazil). The German Institute of Science and Technology (GIST), founded in 2002 in Singapore, is the first research campus of a German university abroad. http://www.tum.de 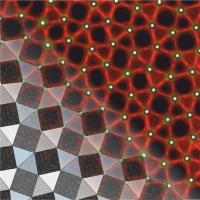