These dramatic trends and global sea-level rise are linked, according to a study coauthored by Jennifer Francis, a research professor in Rutgers University's Department of Marine and Coastal Sciences.

During Greenland summers, melting Arctic sea ice favors stronger and more frequent "blocking-high" pressure systems, which spin clockwise, stay largely in place and can block cold, dry Canadian air from reaching the island. The highs tend to enhance the flow of warm, moist air over Greenland, contributing to increased extreme heat events and surface ice melting, according to the study.

That, in turn, fuels sea-level rise, said Francis, who called rising seas a "monstrous" issue for coastal communities around the world. The increased melting on the Greenland ice sheet in recent years may also be linked to cooler-than-normal ocean temperatures south of the island, slowing ocean circulation.

The study, published online in the Journal of Climate last month, tapped computer models and measurements in the field.

"I think this study does a good job of pinning down the fact that the [Arctic sea] ice is disappearing for a whole bunch of reasons - and that is causing the surface of Greenland's melt area to increase," Francis said.

The Greenland ice sheet holds an enormous volume of frozen water, and the global sea level would rise about 20 to 23 feet if it all melted, the study notes.

Surface melting of the ice sheet has increased dramatically since the relative stability and modest snow accumulation in the 1970s, the study also notes.

Since 2009, most of the increased rate of Greenland ice loss has stemmed from greater surface melting, heightening concerns that sea level-rise could accelerate beyond most projections and boost threat levels for coastal communities, the study says.

Last July 4th, the Greenland melt area covered more than half of its ice sheet for the first time since July 2012, according to the National Oceanic and Atmospheric Administration.

Sea-level rise is already "becoming very conspicuous and it's going to be bad. It's happening faster and faster as my Rutgers colleagues have been measuring," Francis said. "This change is accelerating."

According to Francis, blocking-high pressure systems over Greenland usually form when a lot of warm air is in the Arctic. And so far this year, it's been extremely warm and Arctic sea ice has been at record low levels for this time of year.

The Arctic warmth tends to weaken the jet stream, which typically flows west to east, allowing it to meander more to the north and south, Francis said.

The jet stream can take "such a big northward swing that it actually kind of breaks off and forms a closed circulation," she said. Blocking highs tend to be persistent and are hard to forecast, she added.

"Whenever there's a big melt year in Greenland, on the surface anyway, it's usually because there's either a blocking high or a large northward swing in the jet stream and both of those things tend to be long-lived features in the circulation," she said. Both transport a lot of heat, moisture and clouds over the Greenland ice sheet, leading to more melting.

The increased melting may lead to a slowdown of the circulation in the North Atlantic ocean, she said. A large pool of abnormally cool ocean water south of Greenland that could slow circulation was first observed in late 2013. Time will tell whether it's more than a temporary phenomenon. 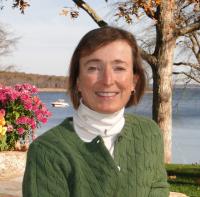