Large amounts of ozone – around 50% more than predicted by the world's state-of-the-art climate models – are being destroyed in the lower atmosphere over the tropical Atlantic Ocean. Published today (26th June '08) in the scientific journal, Nature, this startling discovery was made by a team of scientists from the UK's National Centre for Atmospheric Science and Universities of York and Leeds. It has particular significance because ozone in the lower atmosphere acts as a greenhouse gas and its destruction also leads to the removal of the third most abundant greenhouse gas; methane.

The findings come after analysing the first year of measurements from the new Cape Verde Atmospheric Observatory, recently set up by British, German and Cape Verdean scientists on the island of São Vicente in the tropical Atlantic. Alerted by these Observatory data, the scientists flew a research aircraft up into the atmosphere to make ozone measurements at different heights and more widely across the tropical Atlantic. The results mirrored those made at the Observatory, indicating major ozone loss in this remote area.

So, what's causing this loss? Instruments developed at the University of Leeds, and stationed at the Observatory, detected the presence of the chemicals bromine and iodine oxide over the ocean for this region. These chemicals, produced by sea spray and emissions from phytoplankton (microscopic plants in the ocean), attack the ozone, breaking it down. As the ozone is destroyed, a chemical is produced that attacks and destroys the greenhouse gas methane. Up until now it has been impossible to monitor the atmosphere of this remote region over time because of its physical inaccessibility. Including this new chemistry in climate models will provide far more accurate estimates of ozone and methane in the atmosphere and improve future climate predictions.

Professor Alastair Lewis, Director of Atmospheric Composition at the National Centre for Atmospheric Science and a lead scientist in this study, said: "At the moment this is a good news story – more ozone and methane being destroyed than we previously thought - but the tropical Atlantic cannot be taken for granted as a permanent 'sink' for ozone. The composition of the atmosphere is in fine balance here- it will only take a small increase in nitrogen oxides from fossil fuel combustion, carried here from Europe, West Africa or North America on the trade winds, to tip the balance from a sink to a source of ozone"

Professor John Plane, University of Leeds said: "This study provides a sharp reminder that to understand how the atmosphere really works, measurement and experiment are irreplaceable. The production of iodine and bromine mid-ocean implies that destruction of ozone over the oceans could be global".

Dr Lucy Carpenter, University of York and UK co-ordinator of the Observatory added: "This observatory is a terrific facility that will enable us to keep an eye on the chemical balance of the atmosphere and feed this information into global climate models to greatly improve predictions for this region in the future".

Professor Alastair Lewis, Director of Atmospheric Composition at the National Centre for Atmospheric Science (NCAS), is available for interview. Professor Lewis is a lead scientist in this study and NCAS runs the Observatory's operation. To set up an interview please contact Dr Louisa Watts on mobile no. +44 (0)7786214886.

Professor John Plane, University of Leeds, responsible for the measurements of the bromine and iodine oxides and also a lead scientist on this study. To set up an interview please contact the University of Leeds press office (above).

4. The Cape Verde Atmospheric Observatory is part of the international Surface Ocean-Lower Atmosphere Study (SOLAS), to improve our understanding of air-sea interactions and their effect on climate.

Funding to set up the Observatory has been provided by the Natural Environment Research Council (NERC) through its UK SOLAS programme, the European Union FP6 Global Change and Ecosystems programme, the UK's National Centre for Atmospheric Science, the Leibniz-Institut für Meereswissenschaften, Kiel, Germany (IFM-GEOMAR), the Max-Planck-Institut für Biogeochemie, Jena, Germany (MPIB Jena) and the Leibniz-Institut für Troposphärenforschung, Leipzig, Germany (IfT). It is in partnership with the Cape Verde National Institute of Meteorology and Geophysics (INMG).

The observatory and its long-term operation is run by the National Centre for Atmospheric Science (NCAS) www.ncas.ac.uk

5. The National Centre for Atmospheric Science (NCAS) is a world leader in atmospheric science. With an annual budget of £9M, NCAS carries out research programmes in climate change science, atmospheric composition (including air quality), weather (including hazardous weather) and state-of-the-art technologies for observing and modelling the atmosphere (including a world-leading research aircraft). We have over 100 research scientists, including UK and world experts to work on our research programmes and provide support to the academic community. These programmes are distributed throughout the UK, at 15 UK universities and research institutes. NCAS is a research centre of the Natural Environment Research Council with its headquarters at the University of Leeds. www.ncas.ac.uk

The observatory and its long-term operation is run by the National Centre for Atmospheric Science (NCAS) www.ncas.ac.uk

6. The Natural Environment Research Council (NERC) funds world-class science, in universities and its own research centres, that increases knowledge and understanding of the natural world. It is tackling major environmental issues such as climate change, biodiversity and natural hazards. NERC receives around £400 million a year from the government's science budget, which is used to provide independent research and training in the environmental sciences. www.nerc.ac.uk

In support of research, survey and monitoring programmes like the Cape Verde Atmospheric Observatory, NERC provides the UK environmental science community with the means to obtain remotely-sensed data by using research aircraft from its Airborne Research & Survey Facility (ARSF) http://arsf.nerc.ac.uk/

7. The University of Leeds is one of the largest higher education institutions in the UK with more than 30,000 students from 130 countries. With a turnover approaching £450m, Leeds is one of the top ten research universities in the UK, and a member of the Russell Group of research-intensive universities. It was placed 80th in the 2007 Times Higher Education world universities league table. The University's vision is to secure a place among the world's top 50 by 2015.

In this study the iodine- and bromine oxide measurements were made by Anoop Mahajan and Hilke Oetjen in Professor John Plane's group at the University of Leeds.

8. The University of York: The Department of Chemistry at the University of York has an excellent reputation for both teaching and research. It has 47 members of staff including many winners of international prizes, over 420 undergraduate students, approximately 130 postgraduates (mainly studying for PhDs) and 80 research fellows. The department was graded 5A in the last Research Assessment Exercise.

Announcing the Funding and Development of a New Atmospheric Monitoring Station in Cape Verde Islands http://www.ncas.ac.uk/news/stories/cape_verde_jan_06/cape_verde_diac_jan06.htm

The National Centre for Atmospheric Science 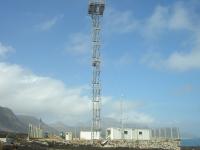 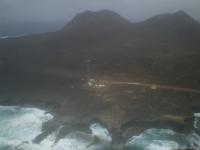