After several years of research and many joint scientific publications, molecular biologists Maria Blasco (National Cancer Research Centre, CNIO) and Fàtima Bosch (Universitat Autònoma de Barcelona, UAB) have developed a telomerase gene therapy for the treatment of different pathologies related to shortening telomeres and, therefore, ageing. This gene therapy could be a huge step towards finding a cure for these increasingly frequent pathologies, due to the demographic ageing of the population, which do not yet have effective treatments.

This is what has led CNIO and UAB to establish a new spin-off company, Telomere Therapeutics, which will turn these discoveries into treatments for diseases such as pulmonary fibrosis and renal fibrosis. "This is the first time that the treatment of these diseases will be approached from a deep understanding of the molecular mechanisms of ageing," says researcher Maria Blasco.

Pulmonary fibrosis affects more than 128,000 people worldwide and the forecast is that by 2025 there will be 62,000 new cases of this disease due to population ageing and increased numbers of elderly people. Patients with pulmonary fibrosis have an average life expectancy of three years because there are no curative treatments for this disease.

The initiative developed by Blasco and Bosch is also a pioneer in another area. It is a science spin-off made up 100% of Spanish public institutions, which has emerged through core research carried out in these research centres and which is also backed by a Spanish investor. These institutions are the National Cancer Research Centre (CNIO) and Universitat Autònoma de Barcelona (UAB), to which Blasco and Bosch belong, respectively. Telomere Therapeutics secured a substantial investment from Invivo Ventures in its first round of funding and aims to develop gene therapy based on telomerase gene expression (TERT) using an adeno-associated AAV vector.

Speaking about the fact that CNIO and UAB created this spin-off, Blasco stresses that "it is proof that outstanding core research drives new innovation." "Understanding aging has great potential for innovation and to create new internationally competitive biotechnology companies focused on age-related diseases."

"Telomeric syndromes are caused by mutations in telomerase and other telomere maintenance genes that induce their extreme premature shortening," notes Paula Martínez, a member of Blasco's research group and also founder of the company. In addition to pulmonary fibrosis, the treatments developed by Telomere Therapeutics would be applied to treat other diseases caused by over-shortened telomeres, such as renal fibrosis and aplastic anaemia.

"In recent years, numerous gene therapies focusing on rare single-gene diseases have been successfully developed. We see enormous potential in being able to apply gene therapy to the treatment of the most common serious diseases," says Fàtima Bosch.

Maria Blasco's work has focused on demonstrating the importance of telomeres and telomerase in cancer and age-related diseases for more than 20 years. Blasco has published more than 250 articles in international scientific journals and is one of the world's leading researchers in the field of telomeres. The work of Fàtima Bosch, Professor of Biochemistry and Molecular Biology and Director of the Centre for Animal Biotechnology and Gene Therapy (CBATEG, UAB), focuses on the development of gene therapy for very severe genetic diseases, such as mucopolysaccharidosis (MPS), and also for highly prevalent diseases, such as diabetes mellitus. She is an eminent professional in the field of gene therapy in the treatment of patients with MPSIIIA, already used in clinical practice, and for type 1 diabetes, transferred to an American company that will soon begin clinical phase trials.

A few years ago, Maria Blasco and Fàtima Bosch began working together to apply gene therapy to telomeric syndromes. Their joint work has generated several articles that establish the preclinical proof of concept for using gene therapy in different telomeric syndromes and which demonstrates improvements in clinical outcomes, for example in pulmonary fibrosis. The results were patented and have been licensed to Telomere Therapeutics by CNIO and UAB.

"After these preclinical outcomes, a significant investment is now needed to accelerate drug development, a costly and complex process. We are very excited about the possibility that Telomere Therapeutics could bring our studies into clinical practice, and that the potential of gene therapy reaches patients with more prevalent diseases such as pulmonary fibrosis," says Fàtima Bosch.

With the funding provided by Invivo Ventures, the candidate will be optimised and validated in the relevant animal models. In addition to their investment, Luis Pareras and Albert Ferrer, general partners of Invivo Capital, will join the Board of Directors.

Luis Pareras, founding partner of Invivo Capital, highlights the importance of this initiative and especially in these times of pandemic: "Gene therapy has returned to the centre stage, and lung disease is increasingly becoming an interesting target. Maria Blasco and Fátima Bosch have developed a very neat scientific approach to fight pulmonary fibrosis, sadly in the spotlight as some patients with Covid-19 who are put on ventilators eventually develop it as well. Idiopathic pulmonary fibrosis is a potentially fatal disease for which there is currently no cure, and we hope that one day this therapy will help many patients."

Albert Ferrer, founding partner of Invivo Capital, stressed that "Invivo aims to support technology transfer from Spanish research centres and universities and improve the growth and development of innovative products." "The investment in Telomere Therapeutics is a clear example of this vision, and we are particularly pleased that it will enable a new business to be set up in this difficult economic environment," he added.

After years of development, gene therapy is now a reality, as several products have been approved by the European Medicines Agency (EMA) and the U.S. Food and Drug Administration (FDA). These therapies target single gene disorders, including β-thalassemia, a rare form of vision loss, spinal muscular atrophy, and a rare form of primary immunodeficiency. In addition, hundreds of gene therapy products are currently going through clinical development for the treatment of previously intractable diseases.

The National Cancer Research Centre (CNIO) is an internationally renowned Spanish institution dedicated to the understanding, diagnosis and treatment of cancer. The CNIO is among the top 10 cancer research centres in the world, and in 2020 it obtained accreditation as a Severo Ochoa Centre of Excellence.

Universitat Autònoma de Barcelona (UAB) is a relatively young university institution with a multidisciplinary network that brings together teaching, research, technological platforms, technology transfer and business creation. It has more than 3,500 research faculty members and more than 40,000 students. In the major international rankings, it is one of the top 200 universities in the world, and one of the top 100 in Europe, recognised for the quality and innovative nature of its research, as well as the quality of the education it offers in the fields of social sciences, humanities, experimental sciences, biosciences, health sciences, engineering and technology.

Invivo Ventures FCR invests in the early stages of life and health science companies and is managed by Invivo Capital Partners, a management company founded by Dr. Luis Pareras and Albert Ferrer. Both managers have extensive industry experience and also run the venture capital firm HealthEquity SCR. Most of the participants in Invivo Ventures FCR are private investors. It also has the support of several institutional investors, such as the European Investment Fund, Fond-ICO Global, the Institut Català de Finances and the Institut Valencià de Finances. 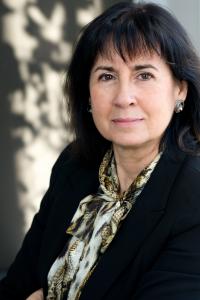