A planet orbiting a giant red star has been discovered by an astronomy team led by Penn State's Alex Wolszczan, who in 1992 discovered the first planets ever found outside our solar system. The new discovery is helping astronomers to understand what will happen to the planets in our solar system when our Sun becomes a red-giant star, expanding so much that its surface will reach as far as Earth's orbit. The star is 2 times more massive and 10 times larger than the Sun. The new planet circles the giant star every 360 days and is located about 300 light years from Earth, in the constellation Perseus. A paper describing the discovery will be published in a November 2007 issue of the Astrophysical Journal.

The discovery resulted from an ongoing effort that the research team began three years ago to find Jupiter-mass planets around red-giant stars that are typically farther from Earth than those included in most other planet searches. "After astronomers have spent more than 10 years searching for planets around Sun-like stars and discovering over 250 planets elsewhere in our galactic neighborhood, we still do not know whether our solar system's properties, including life-supporting conditions on our planet, are typical or exceptional among solar systems throughout the Galaxy,” Wolszczan says. "The picture for now, based on the searches for planets around stars like our Sun, is that our planetary system appears to be unusual in a number of ways."

Astronomers now are branching out with different strategies for searching for planets, with the hope of more quickly detecting life elsewhere in the universe, of discovering all the possible kinds of solar systems, and of learning how they form around different kinds of stars. Wolszczan's team used one of these new strategies -- searching for planets around giant stars, which have evolved to a later stage of life than our Sun's.

"We have compiled a catalog of nearly a thousand giant stars that are candidates for hosting solar systems," Wolszczan says. Because the method for discovering planets involves repeated measurements of their gravitational effect on the star they circle, and because planets around red giants can take years to make one orbit around the star, the research team is just now beginning to reap discoveries from years of systematic observations. "It took us 3 years to gather enough data on over 300 stars to start identifying those that are good candidates for having planetary companions," Wolszczan said. "This planet is just the first of a number of planet discoveries that this research program is likely to produce."

This research is a collaboration between astronomers at Penn State, Nicholas Copernicus University in Poland, the McDonald Observatory, and the California Institute of Technology. "One important aspect of this work is that it marks the debut of a research group in Poland, led by Dr. Andrzej Niedzielski, which has become a serious contributor to discoveries in extra-solar planetary astronomy," Wolszczan said.

One reason for studying solar systems that include red-giant stars is that they help astronomers to understand more about the future of our own solar system -- as family photos can give children an idea of what they might look like when they are the age of their grandparents. "Our Sun probably will make the Earth unhabitable in about 2 billion years because it will get hotter and hotter as it evolves on its way to becoming a red giant about 5 billion years from now," Wolszczan says. As the star swells up, transforming itself into a red giant, it affects the orbits of its planets and the dynamics of the whole planetary system, causing such changes as orbit crossings, planet collisions, and the formation of new planets out of the debris of those collisions. "When our Sun becomes a red giant, Earth and the other inner planets very likely will dive into it and disappear," Wolszczan says.

Another motivation for studying red-giant stars is to understand how their habitable zones move farther out as the star's radiating surface becomes bigger. Based on how long it took for life to develop on Earth, scientists speculate that there is more than enough time during a star's giant phase for life to get a start somewhere in the evolving habitable zones. "In our solar system, places like Europa -- a satellite of Jupiter that now is covered by a thick layer of water ice -- might warm up enough to support life for more than a billion years or so, over the time when our Sun begins to evolve into a red giant, making life on Earth impossible," Wolszczan said.

The method the astronomers use to discover planets is to observe candidate stars, repeatedly measuring their space velocity using the Doppler effect -- the changes in the star's light spectrum that result from its being pulled alternately toward and away from Earth by the gravity of an orbiting planet. "When we detect a significant difference in a star's velocity over a month or two, we then start observing that star more frequently," Wolszczan says. "In this paper, the velocity of the star changed by about 50 meters per second (about 100 miles per hour) between our first and second observations, so we observed that star more frequently and we found a clearly repeatable effect, indicating the presence of a planet." A star and its orbiting planet move around the center-of-mass of the whole system, so the star alternately approaches and recedes from Earth periodically. "When the star gets closer to us, its light becomes a little bit bluer and when it recedes from us, its light becomes redder, and we can measure that effect to deduce the presence of planets," Wolszczan explains.

Searching for planets around giant stars also is a clever way to learn about the formation of planets around stars more massive than our Sun. Because massive stars are so hot when they are in the phase of life of our Sun, astronomers have not been able to detect enough of their spectral lines to use the Doppler-spectroscopy method of finding planets. However, these stars become cooler as they evolve into giants, at which point the spectral-line observations needed for Doppler detection of planets become possible. "We want to know how often do planets form around stars that were more massive than our Sun," Wolszczan said. "Obviously, the more solar systems around red giants we discover and study, the better chance we have to really understand the big picture of planet formation."

Another reason astronomers are trying to discover planets around different kinds of stars at different stages of stellar evolution is to find out how different kinds of planetary systems change when their stars become red giants and how they ultimately end their lives as burnt-out, shrunken white-dwarfs.

"We really are at the very beginning of this effort and it is going to take time to get a consistent picture of planetary formation and evolution," Wolszczan says. "The more we learn, the greater the chance will be that sooner or later we will discover how ordinary or extraordinary is our home -- the Earth's solar system."

IMAGES: High-resolution images of Alex Wolszczan and the Hobby-Eberly Telescope are on the web at http://www.science.psu.edu/alert/Wolszczan8-2007.htm . More images are at http://www.astro.psu.edu/het/images/index.html

ABOUT THE HOBBY-EBERLY TELESCOPE: The William P. Hobby-Robert E. Eberly Telescope is one of the largest and most powerful telescopes in the world. It was conceived by Lawrence Ramsey, department head and professor of astronomy and astrophysics at Penn State, and Daniel W. Weedman, formerly a professor of astronomy and astrophysics at Penn State. The Hobby-Eberly Telescope is located in a remote area of West Texas at the McDonald Observatory, which has the darkest skies of any major observatory in the continental United States. The namesakes of the Hobby-Eberly Telescope are William P. Hobby, the former Lieutenant Governor of Texas, and Robert E. Eberly of Pennsylvania, an industrialist and philanthropist. The Hobby-Eberly Telescope is a joint project of The University of Texas at Austin, Penn State University, Stanford University, Ludwig-Maximilians-Universität München and Georg-August-Unversität Göttingen. 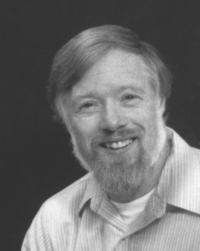