A sixth of all emissions resulting from the typical diet of an EU citizen can be directly linked to deforestation of tropical forests. Two new studies, from Chalmers University of Technology, Sweden, shed new light on this impact, by combining satellite imagery of the rainforest, global land use statistics and data of international trade patterns.

"In effect, you could say that the EU imports large amounts of deforestation every year. If the EU really wants to achieve its climate goals, it must set harder environmental demands on those who export food to the EU," says Martin Persson from Chalmers, one of the researchers behind the studies.

The link between production of certain foods and deforestation has been known before. But what Martin Persson and Chalmers colleague Florence Pendrill have now investigated is the extent to which deforestation in the tropics is linked to food production, and then where those foods are eventually consumed. In the first study, they focused on how the expansion of cropland, pastures, and forestry plantations has taken place at the expense of the rainforest.

"We can see that more than half of deforestation is due to production of food and animal feed, such as beef, soy beans and palm oil. There is big variation between different countries and goods, but overall, exports account for about a fourth of that deforestation which is connected to food production. And these figures have also increased during the period we looked at," says Florence Pendrill.

Using this information, the researchers investigated, in the second study, the amount of carbon dioxide emissions resulting from this production (see the picture below), and where the produce is then consumed. The figures for the EU are particularly interesting, since the EU is a large food importer. Furthermore, the EU shall soon present a plan for how to reduce its contribution to deforestation.

The EU already has strict requirements in place connected to deforestation which producers of timber and wood products must adhere to in order to export their goods to the EU. This demonstrates their ability to influence other countries' work in protecting the rainforest.

"Now, as the connection between food production and deforestation is made clearer, we should start to discuss possibilities for the EU to adopt similar regulations for food imports. Quite simply, deforestation should end up costing the producer more. If you give tropical countries support in their work to protect the rainforest, as well as giving farmers alternatives to deforestation to increase production, it can have a big impact," says Florence Pendrill.

The current studies were done in collaboration with researchers from the Stockholm Environment Institute in Sweden, Senckenberg Biodiversity and Climate Research Centre in Germany, and NTNU, the Norwegian University of Science and Technology. They are a continuation of research which was done through the Prince project (Policy Relevant Indicators for National Consumption and Environment), where the connections between Swedish consumption and emissions from deforestation were presented in the autumn.

"If the EU really wants to do something about its impact on the climate, this is an important emissions source. There are big possibilities here to influence production so that it avoids expanding into tropical forests," says Martin Persson.

Above all, Martin Persson believes the responsibility for achieving these changes lies with bigger actors, such as countries and large international organisations. But he also sees a role for the consumer to get involved and have an influence.

"Public opinion is vital for the climate question - not least in influencing politicians, but also commercially. We can see already that several companies have made commitments to protecting tropical forests, through voluntarily pledging to avoid products which are farmed on deforested land. And in large part, that results from the fact that popular opinion is so strong on this issue," he concludes.

More information on: Carbon dioxide emissions due to tropical deforestation:

There are large geographic variations in what commodities are associated with deforestation-related emissions. In Latin America, cattle meat is the dominant contributor (0.8 gigatonnes of CO2), mainly attributed to Brazilian production. In Indonesia almost half of the emissions (0.3 gigatonnes of CO2) come from oilseeds (mainly oil palm). In the rest of Asia-Pacific and Africa, a more diverse mix of commodities drives emissions from deforestation.

Link to the first study, "Deforestation displaced: trade in forest-risk commodities and the prospects for a global forest transition": https://iopscience.iop.org/article/10.1088/1748-9326/ab0d41 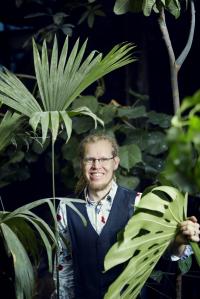 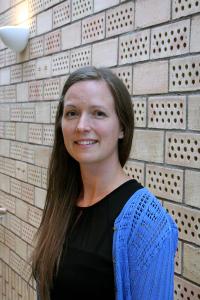