Fungus farming is a fascinating symbiosis that has evolved multiple times in social insects: once in ants, once in termites, and several times in weevils (beetles) from the subfamilies Scolytinae and Platypodinae. The behavior of these "ambrosia beetles" - over 3,000 species - is poorly known, because they live inside galleries in wood, making observation hard. Here, a study focuses for the first time on the division of labor within colonies of ambrosia beetles. The author shows that in Xyleborus affinis, unlike in ants and termites, social behavior such as brood and fungus care is mostly by fertile "helper" females who reproduce alongside their mother, the colony foundress. He also shows that a specialized fungus in the genus Raffaelea is probably the only food source for the larvae.

"Beetles are the most diverse insect order, but social beetles are relatively rare. Our successful development of laboratory rearing of X. affinis allows us to design experiments to determine why some beetle helpers refrain from reproduction, yielding important insights into the early evolutionary stages of insect sociality," says Prof Peter H. Biedermann from the Albert-Ludwigs-University in Freiburg, Germany, the sole author of the new study, which is published in Frontiers in Ecology and Evolution.

The scolytid ambrosia beetle X. affinis ranges across the Americas and has been further spread by humans to (sub-)tropical regions around the world. Despite its common name, sugarcane shot-hole borer, it doesn't have any special affinity for sugarcane - it typically nests inside moist, fallen logs and stems of around 250 plant species in natural forests. Females have a special pouch in their mouth, which contains fungal spores from their natal nest. They use these spores to start gardens along the galleries they excavate, tended by themselves and their offspring. Different species are known to grow different fungi, but the identity of the fungal symbiont and the specificity of the association is seldom known.

Here, Biedermann collected 23 mated X. affinis females (foundresses) from forests in Louisiana and let them dig inside glass tubes (1.8 cm wide, 15 cm long) filled with a sterile medium based on sawdust. Inside, the foundresses grew fungus gardens and produced offspring. The behavior of larvae and adults could be observed in detail when the wrapping around the tubes was temporarily removed. Between 51-61 days after colony foundation, Biedermann determined the number of males and females of all developmental stages, their spatial distribution, the reproductive status of adult females by dissecting their ovaries, and the taxonomic identify of the fungus gardens by plating them onto diagnostic growth media.

Biedermann shows that only one fungus, an asexual Raffaelea species from the ascomycete family Ophiostomataceae, occurs in all parts of each nest, strongly suggesting that it has been domesticated by X. affinis as its main food crop. Four less frequent fungi might represent alternative crops, parasites, or commensals.

The results also suggest that females grow eggs inside their ovaries in response to an opportunity to breed, such as greater amount of food per larva. Fertile females may either fly out to disperse or stay inside the nest, typically near the brood, to reproduce in competition with their mother. Both non-fertile and fertile females help their mother with hygienic tasks and brood and fungus care, but fertile ones are more prone to do such work. Males don't work but wait inside side galleries to mate with sisters.

"Here I showed that X. affinis has convergently evolved a facultative eusocial system very similar to wasps and bees that lack castes. In ambrosia beetles, egg-laying females work more than their non-fertile sisters, whereas females in distinctive sterile castes do all the work in in ants and termites. Also, farming has evolved convergently in ambrosia beetles, ants, and termites, in that a single asexual fungus seems to be the main domesticated food source in all these insect farmers," says Biedermann. 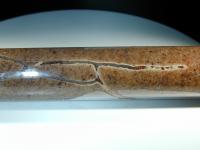 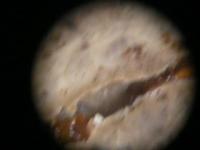