NEW YORK, NY, May 2, 2018 - ACM, the Association for Computing Machinery, today announced the recipients of four prestigious technical awards. These leaders were selected by their peers for making significant contributions that have had far-reaching impact on the ascendance of computing as an integral part of how we live and work today, opening promising new avenues for research exploration and commercial application in the coming years. The 2017 recipients will be formally honored at the ACM Awards Banquet on June 23, 2018 in San Francisco.

The 2017 Award recipients include:

Members of the Project Jupyter Steering Council, recipients of the ACM Software System Award, for Project Jupyter, a broad collaboration that develops open source tools for interactive computing, with a language-agnostic design. These tools, which include IPython, the Jupyter Notebook and JupyterHub, have become a de facto standard for data analysis in research, education, journalism and industry. Jupyter has broad impact across domains and use cases. Today more than 2,000,000 Jupyter notebooks are on GitHub, each a distinct instance of a Jupyter application--covering a range of uses from technical documentation to course materials, books and academic publications.

Amanda Randles, recipient of the ACM Grace Murray Hopper Award for developing HARVEY, a massively parallel fluid dynamics simulation capable of modeling the full human arterial system at subcellular resolution and fostering discoveries that will serve as a basis for improving the diagnosis, prevention, and treatment of human diseases.

A focus of Randles's research has been in developing and applying high performance computing to biomedical problems. With HARVEY, she combined her knowledge of applied physics, computational methods and parallel computing to develop a physiologically accurate model of the movement of red blood cells throughout the body.

The simulation mapped 500 billion fluid points using a supercomputer with 1.6 million cores (individual processors). HARVEY marked the first time a researcher had been able to effectively model the flow of blood at the cellular level. Randles is presently working with collaborators at the Dana Farber Cancer Institute and Harvard Medical School to extend the use of HARVEY to cancer biology and cardiovascular treatment planning. Randles's cross-disciplinary approach has helped to bridge the gap between the computer and the clinic--translating computational results into actionable data physicians can use to improve patient outcomes.

The ACM Grace Murray Hopper Award is given to the outstanding young computer professional of the year, selected on the basis of a single recent major technical or service contribution. This award is accompanied by a prize of $35,000. The candidate must have been 35 years of age or less at the time the qualifying contribution was made. Financial support for this award is provided by Microsoft.

Scott Shenker, recipient of the ACM Paris Kanellakis Theory and Practice Award for pioneering contributions to fair queueing in packet-switching networks, which had a major impact on modern practice in computer communication. Shenker's work was fundamental to helping the internet grow from a tool used by a small community of researchers, to a staple of daily life that is used by billions of people. Since the internet was introduced, demand has grown for the ability of computer networks to transmit voice and data simultaneously.

Traditionally, this was a challenge, as early networks were not designed to offer integrated services. Shenker was the first to develop the first practical fair queueing algorithm for packet-switching networks, which provided equitable access to transmission bandwidth for different grades of service quality. Many of the commercial routers that make up the internet today use Shenker's algorithms.

Shenker also developed a mathematical tool for rigorous network research, and introduced ideas for implementing "guaranteed" real-time services such as voice, video streaming and multicasts. Recently, Shenker has been involved in positing how to redesign the internet from the ground up. Software-defined networking (SDN) and software-defined internet architecture (SDIA) are key ideas he developed as part of these inquiries. Researchers consider SDN and SDIA invaluable concepts for mapping out how to most effectively maintain and expand the internet in the coming years.

The ACM Paris Kanellakis Theory and Practice Award honors specific theoretical accomplishments that have had a significant and demonstrable effect on the practice of computing. This award is accompanied by a prize of $10,000 and is endowed by contributions from the Kanellakis family, with additional financial support provided by ACM's Special Interest Groups on Algorithms and Computation Theory (SIGACT), Design Automation (SIGDA), Management of Data (SIGMOD), and Programming Languages (SIGPLAN), the ACM SIG Projects Fund, and individual contributions.

Margaret A. Boden, recipient of the ACM - AAAI Allen Newell Award for contributions to the philosophy and historiography of cognitive science and artificial intelligence, particularly in the study of human creativity. For four decades, Boden has been one of the world's premiere thought leaders on the intersection of artificial intelligence, cognitive science and the humanities. Through insightful analyses, she was often the first to reveal surprising connections among disciplines, which she then outlined in a series of highly influential books. In two classic books--Artificial Intelligence and Natural Man (1977) and The Creative Mind (1990)--she introduced the idea of creative cognition, which inspired a generation of researchers and laid the foundation of computational creativity as a new subfield of artificial intelligence.

Boden's two-volume Mind as Machine: A History of Cognitive Science (2006) is a comprehensive survey of interdisciplinary work at the intersection of cognitive science and computation that highlights work in neuroscience, philosophy, biology, psychology, linguistics and computation. The book is considered a valuable reference for young researchers to explore what important work has already been undertaken in their field. Mind as Machine also begins with the provocative question: "When is a program not a program?" It is a fitting introduction to Boden, who has been raising important questions about the challenges and risks of artificial intelligence since the beginning of her career. After more than five decades in the field, Boden continues to be both prolific and relevant. Her most recent book AI, Its Nature and Future (2016) was described by Nature magazine as "a masterclass."

The ACM - AAAI Allen Newell Award is presented to an individual selected for career contributions that have breadth within computer science, or that bridge computer science and other disciplines. The Newell award is accompanied by a prize of $10,000, provided by ACM and the Association for the Advancement of Artificial Intelligence (AAAI), and by individual contributions.

ACM recognizes innovators who have shaped the digital revolution 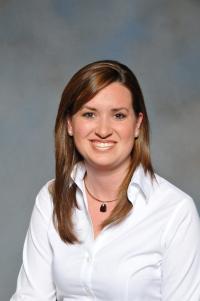 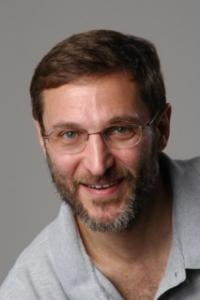