Orange, Calif. - Research from Chapman University provides new insight into the characteristics of crucial proteins within the ciliary membrane that play vital roles in human genetic diseases and cardiovascular functions.

Recently, primary cilium, an organelle that exist on the surface of almost every cell type in the body, is shown to have membrane swelling. This is referred to as ciliary bulbs, and their structure and physiological relevance remains unknown.

Ashraf Mohieldin, Ph.D., a postdoctoral fellow at the Chapman University School of Pharmacy and principal investigator of the study, led a team to examine and analyze the structure of primary cilia to better comprehend ciliary bulbs and its significance. Using a single-cell, single-cilium imaging technique and proteomic identification, they discovered that a ciliary bulb has extracellular vesicle (EV)-like characteristics.

Extracellular vesicles are known to facilitate information within cardiovascular cells. Mohieldin's team found that ciliary extracellular-like vesicles (cELV) share similarities with EV, and that it plays a specific role in ciliary signaling, cellular functions and maintaining cardiovascular homeostasis. Primary cilia's membrane contains these sensory proteins that detect signals from other cells and in the nearby environment. Serving as the cellular compartments that regulate essential signaling pathways, the protein's signal detection activates the cell's response and behavior. Evaluating from a database of 172 cELV proteins, the researchers also identified that cELV has a unique and dynamic movement and the ability to be released by mechanical fluid force.

"Our findings reveal for the first time crucial ciliary proteins that are implicated in ciliopathy disorders," said Mohieldin. "We hope that our research will rejuvenate our understanding and current approach to investigate human genetic diseases."

To screen abnormal cELV function and the protein's role in cardiovascular systems, Dr. Mohieldin's laboratory worked with zebrafish and mice. The researchers observed randomized heart looping, hydrocephalus, and cystic kidney disorders in the zebrafish. In addition, they looked at compensated heart contractility in both the zebrafish and mice to validate and compare the data. Through this, they saw that low circulation of cELV results in hypotension with compensated heart function, left ventricular hypertrophy, cardiac fibrosis and arrhythmogenic characteristics, which result in a high mortality rate in mice. Furthermore, the overall ejection fraction, stroke volume, and cardiac output are significantly decreased in mice lacking cELV. No previous research found cELV's physiological roles in zebrafish and mouse models prior to this.

With this finding of the strong link between cELV and ciliopathies and cardiovascular function, the hope is that future research will focus on these proteins to help discern a viable treatment for disorders associated with cilia dysfunction.

"Targeting these proteins can help scientists to clearly understand the mechanism of these disorders and ultimately lead the path to potential treatments for ciliopathies," said Mohieldin.

Published as the front cover of Advanced Science on Aug. 19, the paper is titled, "Proteomic Identification Reveals the Role of Ciliary Extracellular-Like Vesicle in Cardiovascular Function." The research was supported by the National Institutes of Health, American Heart Association, National Institute of General Medical Sciences, Congressionally Directed Medical Research Programs and the U.S. Department of Defense. 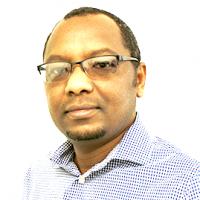