In an atomic nucleus, protons and neutrons, collectively called nucleons, are bound together by nuclear forces. These forces describe the interactions between nucleons, which cause them to occupy states grouped in shells, where each shell has a different energy and can host a certain number of nucleons. A nucleus is said to be magic when the neutron or protons happen to exactly fill up their respective shells up to the rim. Such magic nuclei are especially well bound and have properties that make them stand out. In fact, the variation of the properties of nuclei with nucleon number led to the formulation of the celebrated nuclear shell model some 70 years ago, with its magic numbers 2, 8, 20, 28, 50, 82 and 126, which has had spectacular success in describing many of the properties of the stable nuclei that make up the world around us.

With the advent of particle accelerator facilities, short-lived nuclei - so-called rare isotopes - that have, for example, many more neutrons than protons, can be produced and subjected to experimentation. Studies on such exotic nuclei revealed that the magic numbers are not as immutable as one might have expected from the rare isotope's stable cousins with less neutrons. New magic numbers were found and the ones known from stable nuclei can be absent for some short-lived nuclei. This is referred to as shell evolution.

On Earth, such exotic short-lived nuclei only exist for a fleeting moment produced at accelerator facilities. In the Universe, however, they are constantly formed in stars, e.g., in explosions on the surface of neutron stars, in supernovae, or in the violent collisions of neutron stars. In fact, the reactions and decays of the rare isotopes determine the elemental abundances observed in the Universe. If we ever want to understand how the visible matter around us came to be, we must understand and be able to model the properties of the exotic nuclei.

Michigan State University Professor Alexandra Gade collaborated with colleagues from Japan and France on an extensive review article in the prestigious Reviews of Modern Physics journal on the forces behind the observed shell evolution of exotic nuclei. The article reviews the state of the field and connects experimental observations to theoretical advancements in the description of rare isotopes.

In the future, advancements on the experimental and theoretical fronts are expected through new powerful laboratories, such as the Facility for Rare Isotope Beams at MSU, and high-performance computing, for example. The impact of understanding shell evolution stretches beyond nuclear astrophysics and extends to applications such as nuclear reactors, nuclear security, or nuclear medicine.

Gade’s research is now supported by a grant from the U.S. Department of Energy Office of Science.

MSU is establishing FRIB as a user facility for the Office of Nuclear Physics in the U.S. Department of Energy Office of Science. 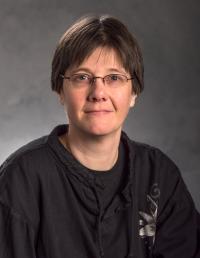