The researchers report that, throughout history, men have been the primary aggressors against different groups as well as the primary victims of group-based aggression and discrimination.

"There is evidence going back thousands of years of bands of men getting together and attacking other bands of men, eliminating them and keeping the women as the spoils of war," said Carlos David Navarrete, evolutionary psychologist at MSU.

As modern examples, Navarrete noted the wars in Central Africa and the Balkans that were marred by rape and genocide.

Navarrete co-authored the study with MSU researcher Melissa McDonald and Mark Van Vugt of the University of Amsterdam and the University of Oxford. The research appears in Philosophical Transactions of the Royal Society B, a London-based research journal.

The researchers analyzed current academic literature on war and conflict and found that the standard social science theory did not explain the sex differences in aggressive or discriminatory behavior between groups. They offered a novel theory that integrates psychology with ecology and evolutionary biology. Their "male warrior hypothesis" explains how a deep evolutionary history of group conflict may have provided the backdrop for natural selection to shape the social psychologies and behaviors of men and women in fundamentally distinct ways.

Essentially, men are more likely to start wars and to defend their own group, sometimes in very risky and self-sacrificial ways. Attacking other groups represents an opportunity to offset these costs by gaining access to mates, territory, resources and increased status.

The authors complement these findings with results from lab experiments showing that men are more prejudiced toward other groups.

Women, meanwhile, live under the threat of sexual coercion by foreign aggressors, and are apt to display a "tend-and-befriend response" toward members of their own group, while maintaining a fear of strangers in order to protect themselves and their offspring.

"Although these sex-specific responses may have been adaptive in ancestral times," said McDonald, the lead author of the study, "they have likely lost this adaptive value in our modern society, and now act only to needlessly perpetuate discrimination and conflict among groups.

Navarrete added that the behavior is seen in humans' closest relative, the chimpanzee. "Just like humans, they'll attack and kill the males of other groups. They'll also attack females – not to the point of killing them, but more to get them to join their group," he said.

Since the behaviors are common among both humans and chimps, they are likely to have existed in our common ancestor millions of years ago, Navarrete said.

"This would have provided eons of time for the deepest workings of our minds to have been fundamentally shaped by these cruel realities," he said. "Coming to grips with this history and how it still affects us in modern times may be an important step into improving the problems caused by our darker predispositions."

It's evolution: Nature of prejudice, aggression different for men and women

Journal
Philosophical Transactions of the Royal Society of London (B ) 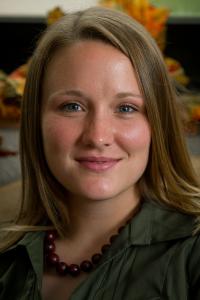