This release is also available in Chinese.

College Park, MD (August 3, 2010) -- Researchers at the University of Hawaii at Manoa say that the Leeward side of Hawaiian Islands may be ideal for future ocean-based renewable energy plants that would use seawater from the oceans' depths to drive massive heat engines and produce steady amounts of renewable energy.

The technology, referred to as Ocean Thermal Energy Conversion (OTEC), is described in the Journal of Renewable and Sustainable Energy, which is published by the American Institute of Physics (AIP).

It involves placing a heat engine between warm water collected at the ocean's surface and cold water pumped from the deep ocean. Like a ball rolling downhill, heat flows from the warm reservoir to the cool one. The greater the temperature difference, the stronger the flow of heat that can be used to do useful work such as spinning a turbine and generating electricity.

The history of OTEC dates back more than a half century. However, the technology has never taken off -- largely because of the relatively low cost of oil and other fossil fuels. But if there are any places on Earth where large OTEC facilities would be most cost competitive, it is where the ocean temperature differentials are the greatest.

Analyzing data from the National Oceanic and Atmospheric Administration's National Oceanographic Data Center, the University of Hawaii's Gérard Nihous says that the warm-cold temperature differential is about one degree Celsius greater on the leeward (western) side of the Hawaiian Islands than that on the windward (eastern) side.

This small difference translates to 15 percent more power for an OTEC plant, says Nihous, whose theoretical work focuses on driving down cost and increasing efficiency of future facilities, the biggest hurdles to bringing the technology to the mainstream.

"Testing that was done in the 1980s clearly demonstrates the feasibility of this technology," he says. "Now it's just a matter of paying for it."

The article, "Mapping available Ocean Thermal Energy Conversion resources around the main Hawaiian Islands with state-of-the-art tools" by Gérard C. Nihous will appear in the Journal of Renewable and Sustainable Energy. See: http://jrse.aip.org/jrsebh/v2/i4/p043104_s1

Journalists may request a free PDF of this article by contacting jbardi@aip.org

Nihous' research is supported by the University of Hawaii's National Marine Renewable Energy Center, which is funded by the U.S. Department of Energy. See: http://hinmrec.hnei.hawaii.edu/

Image Caption #1: Average ocean temperature differences (at water depths of between 20 meters and 1000 meters depths) around the main Hawaiian Islands for the period July 1, 2007 through June 30, 2009 (the color palette is from 18°C to 24°C); the relatively more favorable area in the lee of the islands is clearly visible.

Image Caption #2: An example of early OTEC field work in Hawaii: aerial view of the land-based experimental open-cycle OTEC plant that operated between 1993 and 1998 on the Big Island. The facility still holds the world record for OTEC power production, with turbo-generator output exceeding 250 kW and more than 100 kW of net power exported to the grid.

Audio clip portions of an interview with the researcher is also available. For more details, contact: jbardi@aip.org

JOURNAL OF RENEWABLE AND SUSTAINABLE ENERGY

Journal of Renewable and Sustainable Energy (JRSE) is an interdisciplinary, peer-reviewed journal published by the American Institute of Physics (AIP) that covers all areas of renewable and sustainable energy-related fields that apply to the physical science and engineering communities. As an electronic-only, Web-based journal with rapid publication time, JRSE is responsive to the many new developments expected in this field. The interdisciplinary approach of the publication ensures that the editors draw from researchers worldwide in a diverse range of fields. See: http://jrse.aip.org/

The American Institute of Physics is a federation of 10 physical science societies representing more than 135,000 scientists, engineers, and educators and is one of the world's largest publishers of scientific information in the physical sciences. Offering partnership solutions for scientific societies and for similar organizations in science and engineering, AIP is a leader in the field of electronic publishing of scholarly journals. AIP publishes 12 journals (some of which are the most highly cited in their respective fields), two magazines, including its flagship publication Physics Today; and the AIP Conference Proceedings series. Its online publishing platform Scitation hosts nearly two million articles from more than 185 scholarly journals and other publications of 28 learned society publishers.

Journal of Renewable and Sustainable Energy 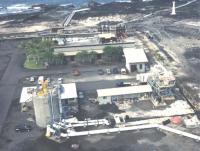