Jeffrey Lagarias of the University of Michigan and Chuanming Zong of Peking University will be awarded the 2015 AMS Levi L. Conant Prize at the Joint Mathematics Meetings in January in San Antonio, Texas. They are honored for their article "Mysteries in Packing Regular Tetrahedra," Notices of the AMS, December 2012; available without subscription here.

Finding the most-efficient packing arrangements for various objects has long occupied the attention of grocers---who want to stack their oranges in as small a space as possible---and of mathematicians. Unlike spheres, cubes can be packed with perfect efficiency, filling out space without any gaps. More than 2000 years ago, Aristotle conjectured that another example of a space-filling figure is the regular tetrahedron, a four-sided object in which each side is an equilatral triangle. It took 1800 years for people to realize that Aristotle had been wrong. Ever since then, mathematicians have been searching for the most efficient ways to pack tetrahedra. In particular, in 1900 David Hilbert listed it as a part of his 18th problem.

One milestone came in 2006, when John H. Conway and Salvatore Torquato found a packing of regular tetrahedra that fills 72 percent of space. This packing was surprisingly loose: Was there a more-efficient packing out there? This question stimulated a great deal of research, including work of Lagarias' doctoral student Erica Chen, who eventually found several packings that are denser. Despite these advances, no one knows how to construct the most-efficient packing or exactly how efficient it would be. All we know for certain is that no packing of tetrahedra fills all of space.

The prize-winning article by Lagarias and Zong recounts this story, discussing the first glimmers of doubt about Aristotle's conjecture and working up to the advances that have occurred in the last ten years. Their article beautifully shows the drama and fascination of classical problems that reveal the exquisite intricacies of our world.

Part of this story was told in a New York Times article, "Packing Tetrahedrons, and Closing In on a Perfect Fit", by Kenneth Chang (January 4, 2010), also available for free on the web.

Presented annually, the Conant Prize recognizes the best expository paper published in either the Notices of the AMS or the Bulletin of the AMS in the preceding five years. The prize will be awarded at the Joint Mathematics Meetings, Sunday, January 11, 2015 at 4:25 PM, at the Henry B. Gonzalez Convention Center in San Antonio, Texas.

Find out more about AMS prizes and awards at: http://ams.org/prizes-awards/prizes. 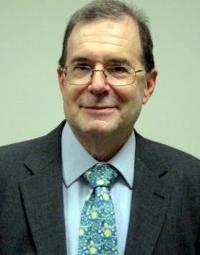