DA has become an important component of the methodology of ESS and has improved the observability and predictability of the Earth system. The rigorous and beautiful mathematical framework of DA reflects the harmony between reason and experience.

A research entitled "Harmonizing models and observations: Data assimilation in Earth system science", with Xin Li as the first author, Feng Liu and Miao Fang as co-authors, is published in Science China Earth Sciences. The researchers review the application of DA in the main branches of ESS, trace the coordinated evolution of DA with the methodologies of rationalism and empiricism, and present an outlook on the challenges facing the development of a uniform DA for ESS.

Figure 1 shows that DA has been extensively applied in the different branches of ESS. This research briefly reviews the application of DA in the main branches of ESS, namely, atmosphere, ocean, land, and solid Earth sciences. "It is worth noting that while DA will develop with specific features of various fields", said the researchers, "its core methodology remains consistent, i.e., combining dynamic models and multisource observational data to obtain more accurate, more consistent analysis and improve the prediction accuracy and predictability of models".

Chinese researchers have achieved innovative progress in nonlinear non-Gaussian Bayesian recursive filtering, representativeness error estimation, and the combination of variation and ensemble filter-based methods. In the meantime, China has made marked progress in the application of DA, specifically in the development of atmospheric, ocean, and land-surface data assimilation systems.

Figure 3 shows the development history of DA in ESS. "Regardless of how DA develops in various branches of ESS, a uniform DA system for the Earth system will eventually be devised", said the researchers.

"DA theories and methods will continue to evolve and provide an increasingly mature methodology for enhancing the understanding and prediction of Earth as a system", said the researchers. Future trends and challenges will include: (1) Generalized and rigorous mathematical framework for DA; (2) Human-nature system DA; (3) Research on uncertainties in DA; and (4) Conforming to the development trend of the big data and artificial intelligence (AI) era. 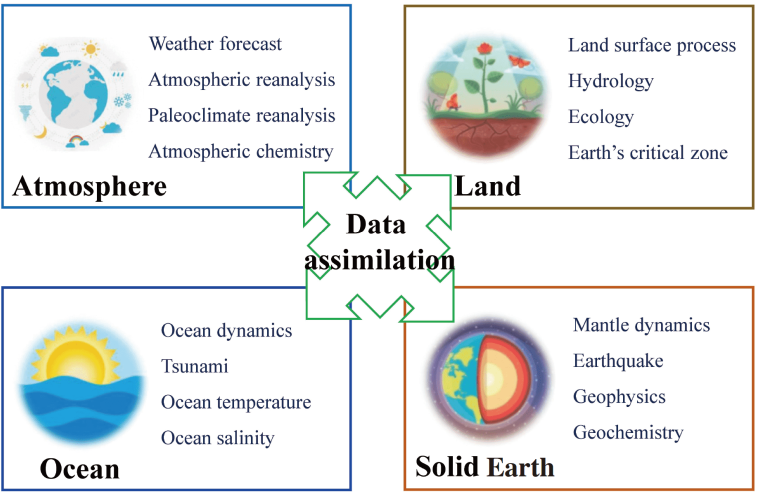 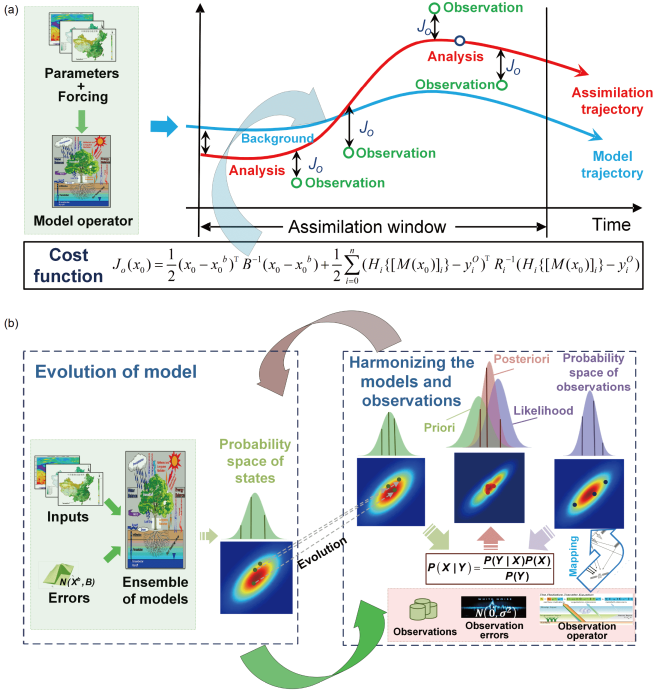