A biologist at UC San Diego has discovered that honey bees warn their nest mates about dangers they encounter while feeding with a special signal that's akin to a "stop" sign for bees.

The discovery, detailed in a paper in the February 23 issue of the journal Current Biology, which appears online today, resulted from a series of experiments on honey bees foraging for food that were attacked by competitors from nearby colonies fighting for food at an experimental feeder. The bees that were attacked then produced a specific signal to stop nest mates who were recruiting others for this dangerous location. Honey bees use a waggle dance to communicate the location of food and other resources. Attacked bees directed "stop" signals at nest mates waggle dancing for the dangerous location.

James Nieh, an associate professor of biology at UCSD who conducted the experiments, said this peculiar signal in bee communication was known previously by scientists to reduce waggle dancing and recruitment to food, but until now no one had firmly established a "clear natural trigger" for that behavior.

The stop sign is a brief vibrating signal made by the bee that lasts for about a tenth of a second with the bee vibrating at about 380 times a second. "It is frequently delivered by a sender butting her head into a recipient, although the sender may also climb on top of the receiver," Nieh said.

Bee researchers originally called it a "begging call," because they believed the signaling bee made it to obtain a food sample from the receiver.

But Nieh discovered in his experiments that one trigger for this signal—which caused the waggle dancers to stop and leave the nest—was attacks from bee competitors and simulated predators. The more dangerous the predator or competitor, he found, the more the stop signals bees produced to stop other bees from recruiting to that location.

What's interesting to biologists about the discovery of the stop sign, Nieh said, is that it's an example of a negative feedback, in which the colony's actions are stopped for the good of the colony.

"This is only the second example of a negative feedback signal ever found in a superorganism and is perhaps the most sophisticated example known to date," he said.

Nieh was assisted in his experiments by UC San Diego undergraduate volunteers working in his laboratory. His study was supported by the UC San Diego Opportunities for Research in Behavioral Sciences Program, which is supported by the National Science Foundation. ORBS is a program for high school students and undergraduates that provides research experience for students who are traditionally underrepresented in the sciences.

Founded in 1960, the University of California, San Diego is ranked the best value public university in California by Kiplinger's Personal Finance magazine and the 7th best public university in the nation by U.S. News and World Report. Named the "hottest" institution to study science by Newsweek, UC San Diego is one of the nation's most accomplished research universities, widely acknowledged for its local impact, national influence and global reach. Renowned for its collaborative, diverse and cross-disciplinary ethos that transcends traditional boundaries in science, arts and the humanities, the university attracts stellar faculty, students and staff. For more information, please visit www.ucsd.edu. 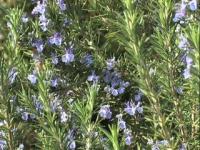 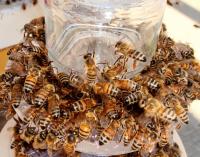