Medical University of South Carolina researcher Heather Bonilha, Ph.D., has received a five-year, almost $2.4 million grant from the National Institute of Diabetes and Digestive and Kidney Diseases to gather data on how best to maximize the diagnostic accuracy of the swallow study while minimizing the risk posed by ionizing radiation.

"This test is our way to visualize a patient's swallow," explained Bonilha, who is an associate professor in the College of Health Professions. "It's like an X-ray movie that lets us see what isn't working when a patient swallows. It's also used to test different treatment options so we can recommend the best treatment."

Obtaining that X-ray movie of the swallow requires the use of ionizing radiation. Although the radiation causes no immediate damage (i.e., it does not cause burns), its cumulative effect on a child's cancer risk is not known.

That lack of evidence has had led to a high degree of variability in how the test is conducted. Some clinicians trust that the test is safe and use the radiation they feel is necessary to obtain diagnostic accuracy. However, existing evidence does not rule out the potential of long-term consequences due to the radiation exposure in children. Others fear the potential cancer risks and lower the frequency at which the radiation is pulsed per second to minimize radiation exposure. However, Bonilha explained, doing so can reduce the study's diagnostic precision.

"When you change the pulse rate of a modified barium swallow study to attempt to reduce radiation, you're actually changing the information you get and your diagnosis and treatment recommendations," said Bonilha.

Bonilha surveyed 21 relatively large hospitals, six general hospitals and 15 children's hospitals across the country about their approaches to the swallow study. Survey results showed that 47% of hospitals use pulse rates less than the recommended 30 pulses per second.

"So this is a widespread practice, which is really impacting the ability to diagnose swallowing impairment accurately in children," said Bonilha.

More evidence is needed to find the right balance in children - one that ensures both safety and diagnostic accuracy. With that evidence in hand, clinicians will be able to adopt a more uniform approach to conducting this important pediatric study.

Bonilha and her colleagues previously answered these questions for clinicians treating adult patients in a March 2019 article in Dysphagia. That study showed that the recommended modified barium swallow radiation exposure for adults was very safe, posing little cancer risk.

"For adults, radiation exposure from modified barium swallow studies was very, very low," said Bonilha. "On average, it was 0.2 millisieverts, which, for perspective, is a lesser amount of radiation than is emitted from a person's body in a year and similar to that associated with living on earth for 32 days. It's a fifth of that of a mammogram and about an eighth of a head CT. So it puts modified barium swallow studies for adults in the very low radiation exposure range and shows there is a very low cancer risk."

But those findings in adults can't just be applied to children, because developing cells in the thyroid and other organs have been shown to be more susceptible to radiation than mature ones.

"The cancer risk for exposure of the thyroid is exponentially higher in children, especially female children, than in adults," explained Bonilha. "The cancer risk per hundred thousand exposed to radiation is 634 for female infants but only 115 for male infants and four for 50-year-old women."

Although children have smaller bodies that don't require as much radiation, their anatomical structures are smaller and often require greater magnification, meaning they will receive more radiation. They also have more years than adults to develop cancer.

The new grant will enable Bonilha's team to gather the evidence to assess the safety and diagnostic accuracy of the swallow study at various pulse rates in children of both sexes and all ages. This grant is the continuation of one that resulted directly from her research as one of the first K scholars of the South Carolina Clinical & Translational Research (SCTR) Institute, the Clinical and Translational Science Awards hub headquartered at MUSC. SCTR's K program aims to transition early-stage investigators to an independent research career through a guided, mentored program.

The team involved in this study includes MUSC researchers Sameer V. Tipnis, Ph.D., a medical physicist in the Department of Radiology, and Paul J. Nietert, Ph.D., a statistician in the Department of Public Health Sciences and director of SCTR's Biostatistics, Epidemiology and Research Design program. The team is collaborating with Maureen A. Lefton-Greif, Ph.D., a leading expert in pediatric swallowing impairment at Johns Hopkins University. For the earlier study in adults, they had also worked with Bonnie Martin-Harris, Ph.D., a leading expert in modified barium swallow studies at Northwestern University.

The team will use previously obtained X-ray movies of swallow studies, simulate the lower pulse rate that many hospitals are using and show them to clinicians to see if they can still accurately diagnose the swallowing problem. In addition, it will track how much radiation was directed to which organs in these patients and then use that, along with their sex and age, to determine their cancer risks mathematically.

Bonilha believes the findings of these studies will have direct clinical relevance.

"Regardless of how this project turns out, we'll have supporting evidence for how clinicians' practice patterns can progress," she said. "So we'll have a much better idea of whether we can move forward with using this exam in a very liberal fashion or whether we need to have higher safeguards in place."

About the SCTR Institute

The South Carolina Clinical and Translational Research (SCTR) Institute is the catalyst for changing the culture of biomedical research, facilitating sharing of resources and expertise and streamlining research-related processes to bring about large-scale change in the clinical and translational research efforts in South Carolina. Our vision is to improve health outcomes and quality of life for the population through discoveries translated into evidence-based practice. To learn more, visit https://research.musc.edu/resources/sctr 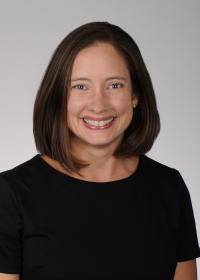