Whether at school, in car accidents, on the sports field or the battlefield, mild traumatic brain injury (mTBI) is a common part of our lives. It is especially frequent among children, athletes, and the elderly. Now, scientists at the Hebrew University of Jerusalem have shown that a single dose of a new molecule they developed can effectively protect the brain from inflammation, cell death, and cognitive impairments that often follow a mild traumatic brain injury.

Because it lacks visible external signs or objective structural brain damage, mTBI is an under-diagnosed injury. Yet it is often accompanied by long-lasting cognitive, behavioral and emotional difficulties associated with biochemical and cellular changes. While most symptoms of mTBI are substantially resolved within days or weeks of the injury, up to 50% of mTBI patients experience symptoms at one-year post-injury. These can include psychological symptoms, subjective cognitive impairments, and somatic (physical) complaints.

These changes could result from an increase in glutamate levels, oxidative stress, opening of the blood-brain-barrier, and in particular inflammatory activity followed by cell death (apoptosis).

Currently there is no effective treatment for patients with mTBI.

"It is widely known that external or internal injury strongly activates the inflammatory response and leads to cell death (apoptosis) through the MAPK pathways, which are involved in the cellular responses that lead to inflammation in brain cells," explains Prof. Daphne Atlas, from the Department of Biological Chemistry in the Alexander Silberman Institute of Life Sciences at the Hebrew University of Jerusalem. "Therefore, for reversing the effects of mTBI it is essential to calm the inflammatory pathways."

At her laboratory in Jerusalem, Prof. Atlas has developed new molecules derived from the active site of Trx1, called thioredoxin-mimetic peptides (TXM-peptides). Thioredoxin (Trx1) is a major protein that maintains the oxidation/reduction state of the cells. In its reduced form it is bound to another protein (ASK1), which is released upon oxidation of Trx1 and activates a chain of enzymatic reactions that lead to inflammation.

The newly-synthesized thioredoxin-mimetic peptides (TXM-peptides) have been shown to protect cells from early death via the activation of inflammatory pathways. Comprising 3 or 4 amino acids, these peptides have dual activity: they mimic the antioxidant activity of Trx1, and simultaneously inhibit the activity of enzymes called MAPK within the inflammatory pathway, preventing inflammation and cell death.

TXM-CB3 was previously shown to effectively lower MAPK activity in animal models of asthma and in the brain of rat model of diabetes [Kim et al 2011; Bachnoff et al 2011; Cohen-Kutner et al 2013, 2014]. The peptides managed to cross the blood-brain barrier and improve the condition of brain cells by lowering the inflammatory processes.

In the current study, published in the peer-reviewed journal PLOS ONE, Prof. Atlas and colleagues explored the impact of TXM-peptides, TXM-CB3 and TXM-CB13 (DY70; provided by OneDay Biotech and Pharma Ltd), on preventing mTBI cognitive secondary injury. The experiments were performed in collaboration with researchers at Tel Aviv University, Prof. Chagi Pick and Dr. Renana Baratz-Goldstein.

Researchers induced cognitive impairments in anesthetized mice by a weight drop resulting in mild traumatic brain injury. The mice showed a decrease in spatial memory in the Y-maze test and a loss in visual learning ability in the novel object recognition test. Lower learning ability was also detected 30 days post injury in the mTBI mice.

In these two independent tests, a single dose of either one of the TXM-peptides administered 60 minutes post-injury, at a 50 mg per kg of body weight, significantly improved the decline in cognitive performance and learning ability at 7 and 30 days post injury. In addition, the two TXM-peptides were found highly effective at inhibiting the MAPK activity in neuronal cells grown in tissue culture.

"This research demonstrates the potential for TXM-peptides to significantly reduce cognitive impairment after mild traumatic brain injury," said Prof. Atlas. "Further studies are required to establish and examine the potential of a single dose of TXM-peptide in preventing damage if administered even one hour after brain trauma in human scenarios -- for example, in chronic traumatic encephalopathy observed in American football players, which result from multiple concussions and other types of blows to the head.

"Another advantage to using peptides is in significantly reducing the risk of causing toxic effects, because they consist of amino acids which are the natural building blocks comprising cell proteins, in contrast to the use of drugs that are not natural. So TXM-CB3 and TXM-CB13 are promising treatment candidates to prevent secondary damage that affect brain function," said Prof. Atlas.

About The Hebrew University of Jerusalem 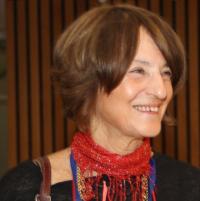