The National Science Foundation (NSF) has announced its support of a Lehigh University-led research team that will advance machine learning by tying together techniques drawn from the fields of statistics, computer science, and applied mathematics.

The three-year, $1.5-million grant is part of the NSF's $17.7 million in funding for 12 Transdisciplinary Research in Principles of Data Science (TRIPODS) projects, which will bring together statisticians, theoretical computer scientists, and mathematicians to advance the foundations of data science. Conducted at 14 institutions in 11 states, these projects will promote long-term research and training activities in data science that transcend disciplinary boundaries.

"Data is accelerating the pace of scientific discovery and innovation," said Jim Kurose, NSF Assistant Director for Computer and Information Science and Engineering, in the NSF's August 24 announcement. "These new TRIPODS projects will help build the theoretical foundations of data science that will enable continued data-driven discovery and breakthroughs across all fields of science and engineering."

The Lehigh project is led by three members of the University's Industrial and Systems Engineering department: principal investigator Katya Scheinberg and co-investigators Frank E. Curtis and Martin Takáč. The project is a collaborative effort with Han Liu of Northwestern University and Francesco Orabona of SUNY-Stony Brook.

"Progress in the field of machine learning requires close collaboration among optimization experts, learning theorists, and statisticians," says Scheinberg, Lehigh's Harvey E. Wagner Endowed Chair Professor of Industrial Engineering. "Machine learning draws so heavily from these areas, yet the communities supporting research in each have tended to operate separately -- each with its own vocabulary and platforms for publishing state-of-the-art research. With an emphasis on deep learning, our project aims to build bridges and foster intercollegiate and interdisciplinary collaboration among these communities."

According to the NSF, all of the TRIPODS awards will enable data-driven discovery through major investments in state-of-the-art mathematical and statistical tools, better data mining and machine learning approaches, enhanced visualization capabilities, and more. These awards will build upon NSF's long history of investments in foundational research, contributing key advances to the emerging data science discipline, and supporting researchers to develop innovative educational pathways to train the next generation of data scientists.

Working with Orabona, a theoretical computer scientist specializing in learning theory at SUNY-Stony Brook, and Liu, an expert in statistics and machine intelligence at Northwestern, the three-pronged Lehigh team hopes to be a beacon for those who wish to learn and help advance the state-of-the-art in machine learning throughout the northeastern and midwestern U.S. The team's TRIPODS project is built upon the ongoing efforts of Lehigh's Optimization and Machine Learning (OptML) research group, founded in 2014. Research conducted by the members of the OptML group focuses on the design, analysis, and implementation of numerical methods for solving large-scale optimization problems arising in machine learning applications.

Each Lehigh researcher involved in the TRIPODS project brings to the team unique expertise in applied mathematics, particularly in topics related to mathematical optimization: 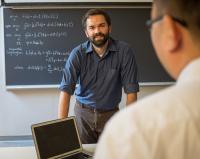 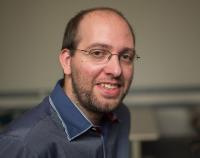