COLUMBIA, Mo. – Scientists have known for years that playing violent video games causes players to become more aggressive. The findings of a new University of Missouri (MU) study provide one explanation for why this occurs: the brains of violent video game players become less responsive to violence, and this diminished brain response predicts an increase in aggression.

"Many researchers have believed that becoming desensitized to violence leads to increased human aggression. Until our study, however, this causal association had never been demonstrated experimentally," said Bruce Bartholow, associate professor of psychology in the MU College of Arts and Science.

During the study, 70 young adult participants were randomly assigned to play either a nonviolent or a violent video game for 25 minutes. Immediately afterwards, the researchers measured brain responses as participants viewed a series of neutral photos, such as a man on a bike, and violent photos, such as a man holding a gun in another man's mouth. Finally, participants competed against an opponent in a task that allowed them to give their opponent a controllable blast of loud noise. The level of noise blast the participants set for their opponent was the measure of aggression.

Participants who had already spent a lot of time playing violent video games before the study showed small brain response to the violent photos, regardless of which type of game they played in the lab.

"The fact that video game exposure did not affect the brain activity of participants who already had been highly exposed to violent games is interesting and suggests a number of possibilities," Bartholow said. "It could be that those individuals are already so desensitized to violence from habitually playing violent video games that an additional exposure in the lab has very little effect on their brain responses. There also could be an unmeasured factor that causes both a preference for violent video games and a smaller brain response to violence. In either case, there are additional measures to consider."

Bartholow said that future research should focus on ways to moderate media violence effects, especially among individuals who are habitually exposed. He cites surveys that indicate that the average elementary school child spends more than 40 hours a week playing video games – more than any other activity besides sleeping. As young children spend more time with video games than any other forms of media, the researchers say children could become accustomed to violent behavior as their brains are forming.

"More than any other media, these video games encourage active participation in violence," said Bartholow. "From a psychological perspective, video games are excellent teaching tools because they reward players for engaging in certain types of behavior. Unfortunately, in many popular video games, the behavior is violence."

Other authors in the study include Christopher Engelhardt, graduate student in the MU Department of Psychological Sciences, and researchers from The Ohio State University and VU University of Amsterdam in the Netherlands. The journal article, "This Is Your Brain on Violent Video Games: Neural Desensitization to Violence Predicts Increased Aggression Following Violent Video Game Exposure," will be published in a forthcoming edition of the Journal of Experimental Social Psychology. 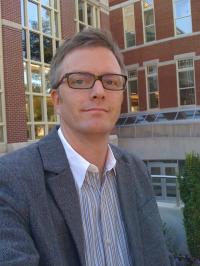