For centuries, seafarers were plagued by wood-eating gribble that destroyed their ships, and these creatures continue to wreak damage on wooden piers and docks in coastal communities.

But new research by scientists at the BBSRC Sustainable Bioenergy Centre at the Universities of York and Portsmouth is uncovering how the tiny marine isopod digests the apparently indigestible.

By examining genes that are expressed in the guts of gribble, the researchers have demonstrated that its digestive system contains enzymes which could hold the key to converting wood and straw into liquid biofuels.

In research published today, a team headed by Professor Simon McQueen-Mason and Professor Neil Bruce at York, and Dr Simon Cragg at Portsmouth reveal that the gribble digestive tract is dominated by enzymes that attack the polymers that make up wood. One of the most abundant enzymes is a cellulose degrading enzyme never before seen in animals.

The research is published in the latest issue of the Proceedings of the National Academy of Sciences USA (PNAS).

Unlike termites and other wood-eating animals, gribble have no helpful microbes in their digestive system. This means that they must possess all of the enzymes needed to convert wood into sugars themselves.

Professor McQueen-Mason, of the Centre for Novel Agricultural Products (CNAP) in the Department of Biology at York, said: "This may provide clues as to how this conversion could be performed in an industrial setting."

The scientists at York are now studying the enzymes to establish how they work, and whether they can be adapted to industrial applications. Perhaps one day soon seafarers will be sailing the seas on ships powered with biofuels produced with gribble enzymes.

The BBSRC Sustainable Bioenergy Centre is a £26M research investment by the Biotechnology and Biological Sciences Research Council and has six research programmes at universities and research institutes. 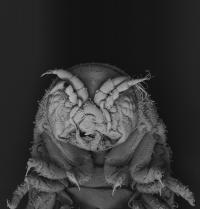