Intensive field work by researchers David General of the Palawan State University, The Philippines and Gary Alpert of the Museum of Comparative Zoology, Harvard University has led to the discovery of nine genera of ants that had never been recorded before in the Philippines. Another two new genera were discovered by other researchers in a remote mountain region. The study was published as the 200th jubilee issue of the open access journal Zookeys.

About 30% of all currently known ant genera have been recorded in the Philippines, with a land area roughly the size of Italy or Arizona. At least 474 species of ants are known from the archipelago. In addition, several dozen new species remain to be formally described and given scientific names. "New species have been found even in highly disturbed places like university campuses," reported Mr. General.

"The complex blend of climatic diversity, geologic history and island structure of the country has likely led to rapid development of new ant genera and species, a phenomenon that deserves much further exploration," Dr. Alpert surmises.

The discoveries were made on a private reforestation project on the fringe of a single protected area, the Mt. Isarog Natural Park, on Luzon Island. Unfortunately, the study site was poached and all the trees have been cut down, wiping out 27 years of stewardship. Habitat destruction continues to threaten the ants of the Philippines and the plants and animals that depend on them.

Many islands, mountains and unique habitats remain unexplored for their ant communities.

Ants are very common and easily recognizable insects but are poorly studied in the region. This new study may spur interest and provide such a reference for people who want to study ants in the Philippines.

An ant scientist's picnic: The highly diverse ant fauna of the Philippines 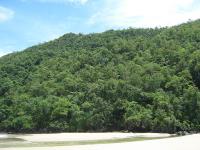