A clinical trial in the Republic of Korea for patients with degenerative eye diseases is the first to test the safety of an embryonic stem cell therapy for people of Asian descent. The study, which followed four individuals for a year after they were treated with embryonic stem cell-derived retinal pigment epithelial cells for macular degeneration, observed no serious side effects (tumor growth or other unexpected effects) related to the therapy. The researchers report the results on April 30 in Stem Cell Reports, the journal of the International Society for Stem Cell Research.

"This is mainly a safety study, and the goal is to prevent the progress of disease. So we were pleasantly surprised to see an actual improvement in visual acuity in the patients," says lead author Won Kyung Song of CHA University's Department of Ophthalmology. "However, this is a preliminary result. The positive responses from the patients need to be interpreted cautiously until controlled phase II studies are carried out."

The Korean trial was a collaborative effort between scientists at CHA University and stem cell pioneer Robert Lanza at Ocata Therapeutics (formerly known as Advanced Cell Technology). Lanza previously led a clinical trial in the United States--published November 2014 in the Lancet --that demonstrated embryonic stem cells could be used safely for patients with degenerative eye diseases, but the patient sample was Caucasian with the exception of one African-American.

The patients in both trials either had age-related macular degeneration or Stargardt's macular dystrophy, the leading forms of adult and juvenile blindness in the developed world. Both are currently incurable. An embryonic stem cell-derived retinal cell therapy is an attractive option because they can be used to regrow the retina cells that are lost in both diseases.

"Embryonic stem cells are among the most complex/dynamic clinical therapies ever proposed," Song says. "It is important that the clinical trials are carried out in a safe and responsible fashion."

CHA Biotech Co., Ltd., the sponsor company of this clinical study, is planning to get approval from the Korean Ministry of Food and Drug Safety to carry out phase II clinical trials with Stargardt's macular dystrophy this year and to continue dose escalation with the age-related macular degeneration trial. CHA Biotech Co., Ltd., hopes to get approval to commercialize the therapy in Korea within the next four years.

Stem Cell Reports, published by Cell Press for the International Society for Stem Cell Research, is a monthly open-access forum communicating basic discoveries in stem cell research, in addition to translational and clinical studies. The journal focuses on shorter, single-point manuscripts that report original research with conceptual or practical advances that are of broad interest to stem cell biologists and clinicians. For more information, please visit http://www.cell.com/stem-cell-reports. To receive media alerts for Stem Cell Reports or other Cell Press journals, please contact press@cell.com. 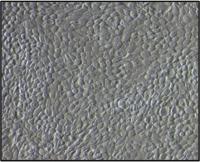