HOUSTON -- (Oct. 16, 2017) -- The more than 13 trillion gallons of floodwater from Hurricane Harvey have created a massive plume of freshwater in the Gulf of Mexico that is threatening the coral reefs of the Flower Garden Banks National Marine Sanctuary about 100 miles offshore of Galveston.

Harvey produced record rainfall over southeast Texas, and that water is now flowing through the Gulf. The Texas Automated Buoy System, run by the Geochemical and Environmental Research Group (GERG) at Texas A&M University, is a network of buoys that monitors the waters off the Texas coast and relays real-time ocean data. On Sept. 28, the system measured a 10 percent drop in salinity at Buoy V in the Flower Garden Banks coral reefs. This week a team of experts from Rice University, the University of Houston-Clear Lake, Texas A&M and Boston University will sail from Galveston on a five-day expedition to the reefs. They will work in collaboration with staff scientists from the National Oceanic and Atmospheric Administration's Office of National Marine Sanctuaries to collect samples of water, microbes, sediment, corals and sponges to monitor the health of the reefs.

"The salinity at one buoy on the reef dropped from 36 to 32 on Sept. 28, but it rebounded to 36 by Oct. 4, and it has been between 35 and 36 since then," said Rice marine biologist Adrienne Correa, one of the expedition scientists. "We don't yet know what impact the low salinity had on the reef while it was there."

Expedition member and GERG scientist Kathryn Shamberger, a Texas A&M oceanographer who took measurements at the reef in late September, said the team is collaborating with scientists across Texas to track the plume of Harvey floodwater as it migrates through the Gulf.

"The Harvey freshwater had moved toward Corpus Christi and was northwest of the Flower Garden Banks when I was on the last cruise," Shamberger said. "But that cruise ended Oct. 1 and things could be very different by now."

Correa, Shamberger and Boston University biologist Sarah Davies, UH-Clear Lake biologist Lory Santiago-Vazquez and Texas A&M oceanographer Jason Sylvan expect to receive a one-year Rapid Research Response grant from the National Science Foundation to support their work at the Flower Garden Banks. That grant and their post-Harvey research at the reefs have roots in the April 2016 "Tax Day Floods" that also inundated parts of Houston.

"In late July 2016 there was a partial die-off on the East Flower Garden Banks," said Correa, assistant professor of biosciences at Rice. "We didn't know it was happening until a recreational dive boat happened to go out there and see it. Because we didn't know about the risk ahead of time, we couldn't sample on a timeline that made it easy to figure out a mechanism for the die-off. With Harvey, we were able to catch the 'before' much better than we were in 2016."

Correa said she hopes the Harvey floodwater plume continues to travel down the coast to the southwest because that will carry it farther from the fragile reefs. She said the Harvey floodwater would likely have devastated the reefs if it had flowed directly over them. But even absent a direct hit, she said, there is risk through early November of eddies and steering currents bringing enough floodwater to the reefs to reduce salinity to unhealthy levels.

"When people look at the impact of hurricanes on coral reefs, they often look at physical damage or breakage of reef frameworks by waves and storm surge," Correa said. "Much less is known about the impacts of freshwater influx from the precipitation associated with a hurricane."

Other participants in the expedition include Rice graduate students Lauren Howe-Kerr and Carsten Grupstra and Rice undergraduate Jordan Sims.

Flower Garden Banks, the only national marine sanctuary in the Gulf of Mexico, is one of 14 federally designated underwater areas protected by NOAA's Office of National Marine Sanctuaries. 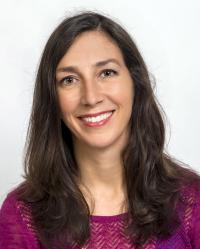