Tropical rainforests are known for their high biodiversity of countless species, many of them unknown and not named by scientists yet. A large proportion of this undiscovered life on earth is formed by insects, especially beetles.

German researchers Alexander Riedel (Natural History Museum Karlsruhe) and Michael Balke (Zoological State Collection Munich), know this well, being experts for faunas of remote tropical countries such as the wilderness of New Guinea. Now they came across a special case, the weevil genus Trigonopterus which is truly "hyperdiverse". Hundreds of distinct species roam the jungles of this tropical island and most of them have never been recorded by scientists.

To describe this huge diversity using traditional approaches would take more than a lifetime, but there is no time to waste! Forests disappear for the sake of ever expanding palm oil plantations, and good arguments are needed in the battle for the conservation of each hectare of primary forest.

"This called for a new approach", said Dr Riedel. "A portion of each weevil species' DNA was sequenced, which helped to sort out and diagnose species efficiently. Besides, we have taken high-resolution photographs of each weevil that will be uploaded to Species ID, along with a short scientific description. More than 100 species were brought to the light of science and public attention this way right now – about five times faster than possible with traditional techniques!" added Dr Riedel.

Another problem was tackled with an equally innovative idea: To find suitable names, Papua New Guinea´s phonebook was used as a helpful resource. Many species were named for Papuan families found in the yellow pages, for example Trigonopterus moreaorum which is based on the popular name "Morea". Some of them may not even guess of their honor - a weevil species with their own name in the backyard!

The new species and the general idea of how to get biodiversity better known before it becomes extinct are described in the journals ZooKeys and Frontiers in Zoology, both of them open access under the terms of a Creative Commons Attribution License. As such, the research is open to anyone with internet access for free – in fact, the Papuan people who donated their names may learn about it that way.

This press release is available under the Creative Commons Attribution 3.0 License. It is thus expected to link back to the original article. 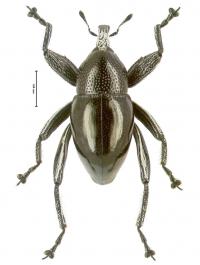