Although scientists knew that some bats could reach heights of over 1,600 meters (or approximately one mile) above the ground during flight, they didn't understand how they managed to do it without the benefit of thermals that aren't typically available to them during their nighttime forays. Now, researchers reporting in the journal Current Biology on February 4th have uncovered the bats' secret to high-flying.

It turns out that the European free-tailed bats they studied--powerful fliers that the researchers documented sometimes reaching speeds of up to 135 kilometers (84 miles) per hour in self-powered flight--do depend on orographic uplift that happens when air is pushed up over rising terrain to help them fly high, just as birds do during the day. But, because that's harder to find during the cooler night, they have to rely on just the right sort of areas to reach those high altitudes.

"We show that wind and topography can predict areas of the landscape able to support high-altitude ascents, and that bats use these locations to reach high altitudes while reducing airspeeds," explains Teague O'Mara (@teague_o), of Southeastern Louisiana University and the Max Planck Institute of Animal Behavior. "Bats then integrate wind conditions to guide high-altitude ascents, deftly exploiting vertical wind energy in the nocturnal landscape."

To make these discoveries, O'Mara and colleagues fitted the free-tailed bats with high-resolution GPS loggers that recorded their location in three-dimensional space every 30 seconds, tracking them for up to three days during the approximately six-hour night. The data show that bats emerge just after sunset and fly constantly throughout the night before returning to roost.

They observed that the bats' flight would typically follow the terrain they crossed, but that occasionally they would climb to extreme heights, reaching nearly a mile above ground level in less than 20 minutes. During these high-altitude ascents, the bats would climb faster, longer, and at a lower airspeed than during more moderate ascents to around 300 meters. Most bats descended quickly after reaching their peak elevation, resulting in a kind of rollercoaster flight path.

The researchers were surprised to discover just how predictable the bats' high-flying ascents were across the landscape. The data show that bats are using the same types of places--although not necessarily always the exact same locations--where the wind sweeps up a slope to carry them to high altitudes.

"We were ready to see that these bats flew fast, so that wasn't a surprise to us," O'Mara said. "But the fast, uplifting wind-supported flights were something our team really wasn't looking for or prepared for."

The findings show that bats are solving the problems of flight in similar ways to birds--just at night, the researchers note.

"These free-tailed bats seem to find ways to minimize how much energy they have to spend to find food each night," O'Mara said. "It's a pretty incredible challenge for an animal that can only really perceive the 30 to 50 meters ahead of it in detail. It takes a lot of energy to fly up to 1,600 meters above the ground, and these bats have found a way to ride the wind currents up."

Although the researchers already had a pretty good idea based on past work that the bats also could fly amazingly fast, they say this fast-flying ability remains "a bit of an unsolved problem."

"Their small body sizes and large, flexible wings covered in a thin membrane were assumed to prevent these really fast speeds," O'Mara said. "But it's now clear that bats can fly incredibly fast when they choose. It's up to us to figure out how they do that and if it can be applied to other scenarios," such as engineering bio-inspired high-speed and low-energy flight.

This work was supported by the Deutsche Forschungsgemeinschaft under Germany's Excellence Strategy, the Fundação para a Ciência e a Tecnologia, Portugal, and the Energias de Portugal Biodiversity Chair. 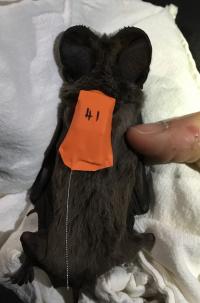 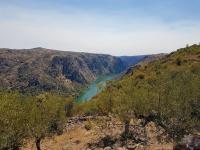