Toronto - It doesn't work in the traditional marketplace, but in the world of crowdfunding, giving consumers options and the choice to pay more for essentially the same product makes sense, new research confirms.

A study by researchers at the University of Toronto's Rotman School of Management shows that those trying to raise money through online crowdfunding platforms have the best chance of their project succeeding and making the highest profit when they offer a menu of options and different price points to potential "pre-buyers."

Under the typical crowdfunding mechanism, a creator proposes to produce an item or project -- such as an artistic event or technological invention -- fixes their target crowdfunding goal, and then must reach the target through online fundraising within a specified period. If the target is not reached, the money contributed is refunded back to the pre-buyers.

As a result, it's important to offer a range of higher and lower-priced options, for example a VIP pass to a concert for high-end contributors vs. regular tickets for low-end ones. Early contributions by high-end contributors in turn attract other pre-buyers who may be waiting for others to start funding the campaign before they commit at a lower price point.

The finding points to the potential for higher profits under the crowdfunding model because it allows creators to tap into some consumers' willingness to pay more, suggests Ming Hu, an assistant professor of operations management at the Rotman School. He co-wrote the study with Mengze Shi, an associate professor of marketing, and Xi Li, a Rotman PhD student.

"If you compare crowdfunding to the traditional way of selling, in that case you cannot do price discrimination," said Prof. Hu. "You're still left with money on the table."

Depending on the characteristics of their pre-buyers, creators may also consider introducing new options later on in the campaign to maintain momentum, or setting a low price point if they want to generate volume.

But the study warns that profits can be hurt if too many high-end pre-buyers are given an incentive to come to the campaign later rather than earlier.

The crowdfunding industry has shown huge growth. Kickstarter, one of the most popular platforms, has already raised more than $800 million U.S. and supported more than 50,000 projects since it started in 2009.

The study is forthcoming in Marketing Science.

For the latest thinking on business, management and economics from the Rotman School of Management, visit http://www.rotman.utoronto.ca/FacultyAndResearch/NewThinking.aspx.

The Rotman School of Management is located in the heart of Canada's commercial and cultural capital and is part of the University of Toronto, one of the world's top 20 research universities. The Rotman School fosters a new way to think that enables our graduates to tackle today's global business challenges. For more information, visit http://www.rotman.utoronto.ca. 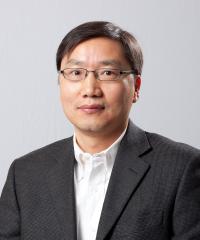