BROOKLYN, New York--The American Chemical Society (ACS) named Jin Kim Montclare, an associate professor in the Department of Chemical and Biomolecular Engineering at the NYU Tandon School of Engineering, a 2016 Rising Star. She will receive the award--which is given by the organization's Women Chemists Committee to female scientists who have demonstrated outstanding promise for contributions to their fields--at the 251st ACS National Meeting, being held in San Diego, California, from March 13 to 17.

Montclare, a featured speaker at the Rising Star Symposium on March 14, discussed the pathway to engineering artificial proteins and the lessons learned; today she will address the topic of programming intelligent protein biomaterials during a session on dynamic and tunable biomaterials sponsored by the ACS's Division of Polymeric Materials: Science and Engineering (PMSE).

Montclare's Lab for Protein Engineering and Molecular Design has been responsible for several breakthroughs in recent years. She and her colleagues have made advancements, for example, in detoxifying organophosphates, compounds commonly used in pesticides and warfare agents (such as sarin) that pose grave health hazards to people and animals. Additionally, she has researched protein-engineered, environmentally responsive hydrogels that hold potential to become fundamental building blocks of new biomimetic materials that can heal wounds and more. In late 2015 the National Science Foundation (NSF) funded Montclare's latest research, aimed at developing an engineered protein-lipid system that simultaneously delivers genes and drugs for the potential treatment of multi-drug resistant cancer cells, diabetes, and other conditions requiring a variety of therapeutic approaches.

Montclare has been widely hailed for her efforts to introduce K-12 students to the STEM fields, and she has spearheaded an outreach program to help teach science, technology, engineering and math at a girls' school in Brooklyn. Additionally, she invites a group of high school students into her NYU Tandon lab to conduct research each summer under the auspices of the university's Center for K-12 Education.

An alumna of the NSF's Innovation Corps (I-Corps) program, which prepares academic researchers to become entrepreneurs and speeds the commercialization of their research, she co-founded a venture called inSchoolApps, which develops mobile and web apps to enhance science education in the classroom.

"Jin Montclare's cutting-edge research is addressing problems of great medical and societal importance, while her commitment to K-12 STEM education ensures that the next generation of engineers will be in the pipeline, ready to do equally noteworthy work," said NYU Tandon Dean Katepalli R. Sreenivasan. "Additionally, her entrepreneurial zeal and dedication to innovation have long been traits we strive to inculcate in our undergraduate and graduate students. I congratulate her for this deserved recognition by the ACS."

In addition to the ACS Rising Star Award, Montclare, who earned her doctoral degree in bioorganic chemistry from Yale University in 2003, has been the recipient of the Agnes Fay Morgan Research Award from the National Honor Society for Women in Chemistry, the Executive Leadership in Academic Technology and Engineering Fellowship, the Jacobs Excellence in Education Award, the Dreyfus Special Grants Program Award, the AFOSR Young Investigator Award, and the Wechsler Award for Excellence.

The NYU Tandon School of Engineering dates to 1854, when the NYU School of Civil Engineering and Architecture as well as the Brooklyn Collegiate and Polytechnic Institute (widely known as Brooklyn Poly) were founded. Their successor institutions merged in January 2014 to create a comprehensive school of education and research in engineering and applied sciences, rooted in a tradition of invention, innovation and entrepreneurship. In addition to programs at its main campus in downtown Brooklyn, it is closely connected to engineering programs in NYU Abu Dhabi and NYU Shanghai, and it operates business incubators in downtown Manhattan and Brooklyn. For more information, visit http://engineering.nyu.edu. 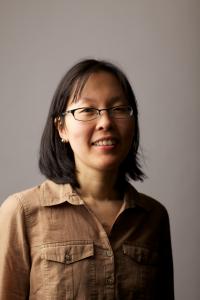 This Rising Star Engineers for Health