Rice (Oryza sativa L.) is one of the world's most important staple foods, as it sustains more than half the global population. Rice farming has provided an important material and cultural basis for the development and prosperity of Chinese civilization. Research into when, where and against what environmental background rice was domesticated has led to considerable discussion over the past decade.

The study of phytolith carbon-14 and morphological characteristics, by Prof. LU Houyuan's laboratory at the Institute of Geology and Geophysics of the Chinese Academy of Sciences, suggests that rice domestication may have begun at Shangshan in the lower reaches of the Yangtze River in China during the beginning of the Holocene. This research was published in the Proceedings of the National Academy of Sciences, USA.

Rice remains (mainly from phytoliths), found at the Shangshan site in the Lower Yangtze, may represent the first instance of rice cultivation. However, organic material at the site is poorly preserved due to acidic soil conditions. Therefore, debate exists as to whether this rice was domesticated, wild or transitional. The chronology of the Shangshan site also remains unclear. Accordingly, further dating initiatives are required to determine the absolute calendar time of the rice remains.

Phytoliths can occlude some organic carbon during their deposition, which is captured through photosynthesis from atmospheric CO2 during plant growth. Carbon occluded in phytoliths can thus directly reflect the age of organic sources exploited by humans. Under the guidance of Prof. LU Houyuan, Post-doctoral Researcher ZUO Xinxin carried out phytolith carbon-14 studies on three archaeological sites associated with Shangshan culture. The results show that the phytolith dates are consistent with their paired charcoal or seed dates.

Detailed studies of the rice's bulliform phytolith morphological characteristics show that approximately 36 percent had more than nine fish scales in the early occupation stages of Shangshan and Hehuashan (ca. 10,000 to 9000 cal yr BP), less than the approximately 60 percent counted from the late stages of Hehuashan and Huxi (ca. 9000-8500 cal yr BP).

However, there was a significantly larger amount of rice bulliforms, with more than nine fish scales in the early stages, compared to modern wild rice (17.5 ± 8.3 percent), thus suggesting that the process of rice domestication had begun at this site during the beginning of the Holocene.

Such an age for the origin of rice cultivation and domestication would agree with the parallel roots of agriculture in other regions of the world, during a period of profound environmental change when the Pleistocene was transitioning into the Holocene. In East Asia, a significant strengthening monsoon at about 9500 yr BP is consistent with the initial occupation of Shangshan. Climatic amelioration during these transitional periods may thus serve as a key factor in the early process of rice domestication.

This research was performed in collaboration with the Zhejiang Provincial Institute of Relics and Archaeology and the Institute of Geographic Sciences and Natural Resources Research of the Chinese Academy of Sciences.

Radiocarbon dating of phytolith traces rice domestication to 10,000 years ago 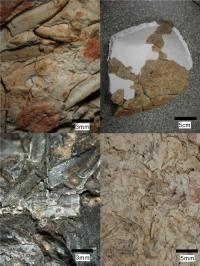