University of Groningen scientists have designed a unique experiment to study ageing in yeast cells. By following molecular processes inside ageing yeast, they discovered that an overproduction of the proteins needed to make new proteins could be the root cause of the cellular processes that eventually kill the cells. Their results have been published online in the journal eLife.

Baker's yeast is extensively used to study ageing. A 'mother cell' can produce some twenty daughters in about four days, following which it dies. But as mothers and daughters are mixed in any yeast culture, it is virtually impossible to follow the ageing process in great detail. A University of Groningen interdisciplinary group led by Professor Matthias Heinemann of the Molecular Systems Biology group and Dr Liesbeth Veenhoff of the European Research Institute for the Biology of Ageing designed an experiment to tackle this problem.

They coupled iron beads to yeast cells that were cultured on a stainless steel mesh in a column positioned inside a strong magnet. As budding daughter cells do not inherit the iron beads, they can be washed away by a constant flow of medium through the column. By taking regular samples from the yeast cells in the columns, the researchers were able to obtain a dynamic view of the ageing process.

'We analyzed samples for a large number of proteins, as well as transcripts,' explains Heinemann. Transcripts are a kind of copy of the genes encoded on the DNA, which are used as a template for the production of proteins. Typically, the number of transcripts correlates with the amount of protein produced. Heinemann: 'We noticed that as cells aged this correlation disappeared for a specific set of proteins.' Right from the start, the yeast cells displayed a higher than expected number of ribosomal proteins. These proteins make up the protein factories of the cell. Liesbeth Veenhoff adds, 'The affected proteins are interesting targets for intervention in the ageing process.'

This protein overabundance can be bad for the cells. 'It increases cell size, which is one of the hallmarks of ageing in yeast,' explains Heinemann. Increased cell size can limit the cells' nutrient supply and affect metabolism. 'Because we have dynamic data, we can show that the overproduction of proteins precedes processes such as an increase in cell size. We can see overproduction in very young cells, which points to this being a root cause of ageing.'

So why does this happen? 'Our idea is that the increased production of ribosomal proteins is good for young cells,' says Veenhoff. 'It allows them to grow and mature quickly. But this growth programme somehow keeps running and eventually becomes a negative factor.' Interestingly, known interventions that increase longevity, such as caloric restriction, probably reduce protein production.

The dynamic experiments with yeast were all but straightforward. Apart from the efforts required to run a continuous experiment for four days with around-the-clock sampling, the analysis was complicated. 'Not all the daughter cells are washed away,' explains Heinemann. And some cells die. 'That's why we had mathematicians on our team who could correct our data for the presence of old, young and dead cells.' The resulting dataset was very large, 'as is typical in modern biology', Heinemann says. It took seven person-years to generate and analyse all the data, but the result is a dynamic perspective on the molecular phenotype of ageing. 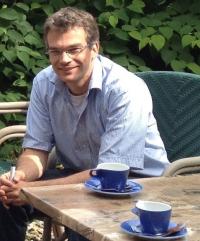