A new study has shown that toddlers as young as two-and-a-half years old can understand when others have different thoughts from them - much earlier than the age of four as traditionally thought. This suggests that children may know when adults are lying or pretending.

The researchers used the test to find out whether younger children failed to show an understanding of what others think, either because false beliefs - misconceptions due to incorrect reasoning - are too advanced for children to understand, or because there is too much information for them to deal with all at once.

In a traditional false belief task, a child would listen to a story where a character Sally hides a marble in one of two containers and then leaves. The marble is then shifted to the other container without Sally's knowledge.

When asked where Sally will look for her marble, younger children pointed to the marble's new location, suggesting that they do not understand that Sally holds a false belief about the marble's location. Children from around four years old onwards would point to the marble's original location.

The study by the Singapore and US professors however showed that when the false belief task is simplified, younger children can answer the question correctly.

The modified story of Emma and her apple follows the same format except that the apple was taken away to an undisclosed location. The children were asked two additional location questions where they were shown two object pictures and asked which picture shows the object in question. This was before they were asked the critical question about where Emma will look for her apple.

The additional questions contributed to reducing the information-processing demands on the children, and made it easier for them to answer the critical question. They also became familiar with the test procedure as they learned to expect a question to be asked when they were shown two pictures.

The results suggest that young children are aware that others may hold different beliefs from them, but were not able to demonstrate this understanding due to information-processing overload.

See the Annex for a graphical representation of the test developed by the research team.

Psychology professor Renee Baillargeon said, "When children around the world are asked what someone with a false belief will do next, it is usually not until age four or five that they answer correctly. Our study shows that when the task is made simpler, even two-and-a-half year olds succeed. So the ability to answer questions about persons with false beliefs is present very early in development, contrary to what was traditionally thought."

Assistant Professor Setoh who heads NTU Singapore's Early Cognition Lab said, "Having the ability to represent false beliefs means recognising that others can have different thoughts from us. This ability enables children to recognise when others are lying, cheating or pretending.

"If parents believe that children do not understand complicated matters, they may tell simpler versions of the truth and 'dumb down' what they view as complicated content for kids. Our findings suggest that children may be able to spot when parents are doing this from as early as two-and-a-half years old. Parents of young children and early childhood educators should be aware that children's early cognitive abilities may be more advanced than previously thought."

The study was supported by the US' National Institute of Child Health and Human Development Grant.

One is to find out whether parents in Singapore engage in parenting by lying (as opposed to truth-telling). Another will investigate the effect of such a parenting practice on children in the long run.

A third study will focus on toddlers' understanding of social acting, which is social pretense that people engage in so as to maintain a positive relationship with their ingroup.

Toddlers may know when you are not telling the truth, say Singapore and US experts 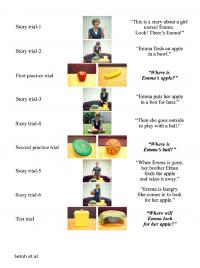