A worryingly high number of Asian bamboo longhorn beetles (Chlorophorus annularis) turn out to have been emerging across Europe for about a century already, finds an international research team, headed by researchers from the Center of Natural History, University of Hamburg, Germany. Curiously, the recent records of the invasive, non-native to the Old Continent species are mostly sourced from citizen scientists and online platforms, which proves the power of involving the public in species monitoring. The study is published in the open-access, peer-reviewed scientific journal BioRisk.

In our globalised world, which has already become victim to climate change and biodiversity loss, non-native species present a further threat to our ecosystems. Thus, the rising accounts of newly recorded alien species are of serious concern to both scientists and (inter)national institutions. However, surveying non-native species remains limited to a small fraction of species: those known to be particularly invasive and harmful.

One of the multitude of non-native species that are currently lacking efficient and coordinated surveying efforts is the Asian bamboo longhorn beetle (Chlorophorus annularis). Naturally occurring in temperate and tropical Southeast Asia, the insect feeds on a variety of plants, but prefers bamboo. Thus, due to the international trade of bamboo and the insects 'travelling' with the wood, the species has continuously been expanding its distribution around the world. Its first appearance in Europe was recorded back in 1924, when it was identified in England.

Back to our days, during a fieldwork practice for students at the University of Hamburg, held within the city because of the COVID-19 travelling restrictions, the team stumbled across a longhorn beetle, later identified by scientists as the Asian bamboo borer. Furthermore, it became clear that there were even more recent records published across different citizen science platforms, such as iNaturalist, iRecord and Waarneming.nl. Having taken the contacts of the citizen scientists from there, the researchers approached them to ask for additional collection details and images, which were readily provided. As a result, the researchers formally confirmed the presence of the Asian bamboo borer in Belgium and the Netherlands. In total, they reported thirteen new introductions of the species in Europe, which translates to a 42% increase of the records of the species for the continent.

"In light of the warming climate and a growing abundance of ornamental bamboo plants in Europe, the beetle might get permanently established. Not only could it become a garden pest, but it could also incur significant costs to the bamboo-processing industry," comments Dr Matthias Seidel, lead author of the study.

Having realised the potential of citizen science for bridging the gaps in invasive species monitoring, the researchers now propose for specialised platforms to be established with the aim to familiarise non-professional scientists with non-native species of interest and provide them with more sophisticated reporting tools. The aim is to speed up the identification of important alien species by collating records of specific species of interest, which are flagged and regularly exported from other citizen science databases and platforms. 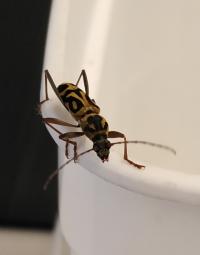 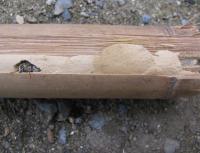