Hartford, Conn. - Restaurant, food, and beverage companies (food companies) target Hispanic and Black children and teens with ads almost exclusively for fast food, candy, sugary drinks, and unhealthy snacks, according to a new report from the Rudd Center for Food Policy & Obesity at the University of Connecticut, the Council on Black Health at Drexel University, and Salud America! at UT Health San Antonio.

The new report finds that fast food, candy, sugary drinks, and unhealthy snacks represented 86 percent of food ad spending on Black-targeted TV programming, where Black consumers comprise the majority of viewers, and 82 percent of ad spending on Spanish-language TV, in 2017. According to researchers, food companies spent almost $11 billion in total TV advertising in 2017, including $1.1 billion on advertising in Black-targeted and Spanish-language TV programming.

"Food companies have introduced healthier products and established corporate responsibility programs to support health and wellness among their customers, but this study shows that they continue to spend 8 of 10 TV advertising dollars on fast food, candy, sugary drinks, and unhealthy snacks, with even more advertising for these products targeted to Black and Hispanic youth," said Jennifer Harris, PhD, the report's lead author and the Rudd Center's director of Marketing Initiatives.

Researchers also found that food companies increased their Black-targeted TV ad spending by more than 50 percent from 2013 to 2017, even though their total advertising spending on all TV programming declined by 4 percent. Black teens saw more than twice as many ads for unhealthy products compared to White teens in 2017.

The report, "Increasing disparities in unhealthy food advertising targeted to Hispanic and Black youth," analyzed advertising by 32 major restaurant, food, and beverage companies that spent at least $100 million or more on food advertising to children (age 2-11) and teens (age 12-17) in 2017 and/or participated in the Children's Food and Beverage Advertising Initiative (CFBAI). The CFBAI is a voluntary, self-regulatory program that sets standards for food advertising directed to children under age 12.

Researchers examined TV ad spending by food companies, as well as young people's exposure to this advertising, and identified brands targeting all children and teens and Hispanic and Black consumers on Spanish-language and Black-targeted TV programming. They compared these 2017 findings with data collected in 2013 from an earlier Rudd Center report on this topic. Researchers also examined companies' public statements about their targeted marketing.

The report also finds that advertising for healthier product categories--including 100 percent juice, water, nuts, and fruit--totaled only $195 million on all TV programming in 2017, a figure that represented 3 percent of their overall ad spending. Companies were even less likely to advertise these products to Black consumers (representing just 1 percent of ad spending on Black-targeted TV), and they were not advertised at all on Spanish-language TV.

"At best, these advertising patterns imply that food companies view Black consumers as interested in candy, sugary drinks, fast food, and snacks with a lot of salt, fat, or sugar, but not in healthier foods," said Shiriki Kumanyika, PhD, MPH, study author and chair of the Council on Black Health at Drexel University, Dornsife School of Public Health. "Not only are these companies missing out on a marketing opportunity, but they are inadvertently contributing to poor health in Black communities by heavily promoting products linked to an increased risk of obesity, diabetes, and high blood pressure," she said.

Study authors call on food manufacturers to stop disproportionately targeting Black and Hispanic youth with ads for unhealthy food, expand corporate health and wellness commitments to promote marketing of healthier products to communities of color, and strengthen CFBAI standards to address targeted marketing of unhealthy products to all children and teens, including Black and Hispanic youth.

"This report shows just how much the food and beverage industry values Hispanic consumers when it comes to encouraging them to buy unhealthy products. But if the industry really values these consumers, companies will take responsibility for advertising that encourages poor diet and related diseases. They can start by eliminating the marketing of unhealthy products to Hispanic youth and families," said Amelie G. Ramirez, DrPH, MPH, study author and director of Salud America!, a national program to promote health equity based at the Institute for Health Promotion Research at UT Health San Antonio.

Other findings in the report include:

Support for this research was provided by the Robert Wood Johnson Foundation. The views expressed here do not necessarily reflect the view of the Foundation.

About the UConn Rudd Center for Food Policy & Obesity:

The Rudd Center for Food Policy & Obesity at the University of Connecticut is a multidisciplinary center dedicated to promoting solutions to childhood obesity, poor diet, and weight bias through research and policy. The Rudd Center is a leader in building broad-based consensus to change diet and activity patterns by conducting research and educating policy makers. For more information, visit http://www.uconnruddcenter.org, follow us on Twitter at http://www.twitter.com/uconnruddcenter, and on Facebook at http://www.facebook.com/uconnruddcenter.

The Council on Black Health:

The Council is the new identity for the African American Collaborative Obesity Research Network (AACORN). The Council's national office is at the Dornsife School of Public Health at Drexel University, Philadelphia, PA. Our mission is to develop and promote solutions that achieve healthy Black communities. For more information, visit http://www.councilbh.org or contact us at info@councilbh.org.

Salud America! is a national Latino health equity-focused organization that creates culturally relevant and research-based stories, videos, and tools to inspire people to start and support healthy changes to policies, systems, and environments where Latino and all children and families can equitably live, learn, work, and play. Latinos are a rising U.S. powerhouse, but they face barriers to be their healthiest and suffer high rates of obesity and other health disparities and inequities. Salud America!'s award-winning multimedia communications help our social and online network--more than 200,000 moms and dads, providers, and community and school leaders--push for healthy changes in the areas of Healthy Families and Schools, Healthy Neighborhoods and Communities, and Healthy and Cohesive Cultures. Salud America! is led by health disparities researcher Dr. Amelie G. Ramirez and supported by a passionate team of communicators at UT Health San Antonio, thanks to funding from the Robert Wood Johnson Foundation. Learn more at http://www.salud-america.org and @SaludAmerica on social media. 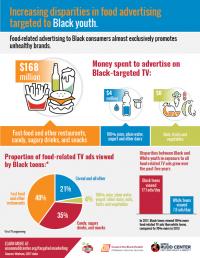