BINGHAMTON, N.Y. - The military waste that results from the United States military's drive to remain permanently war ready has unexpected consequences on civilians and the environment, according to a new book by a faculty member at Binghamton University, State University of New York.

In his book Military Waste: The Unexpected Consequences of Permanent War Readiness, Joshua O. Reno, associate professor of anthropology at Binghamton University, reveals the unexpected and open-ended relationships that civilians on the home front form with a nation permanently ready for war.

"Given that our country has spent so much on military buildup over the decades, I was fascinated to discover where it all went when it was no longer of use," Reno said. "I found out always being ready for war affects us in many ways, a lot of them unexpected."

Throughout the book, Reno explores the cost of American war preparation by analyzing the lives and stories of American civilians who are confronted with what is left over when a society is constantly ready for war. Since America is a major world power, Reno said it must be held accountable for its large role in spreading military waste.

"We have the largest and most powerful military in the world by a large margin, and it isn't close. So it is our responsibility to think about what this does to the world around us, the environment, the economy and who we imagine ourselves to be," Reno said.

Through ethnographic and archival research, Reno demonstrates how obsolete military junk is and how it affects people far from areas associated with warfare. Along with disrupting civilians, this excess waste also has negative impacts on the environment.

"If it's no longer useful, and rots near where you live, it could spread pollution even after it is sent somewhere else. There are thousands of formerly used defense sites that leave toxic legacies behind when abandoned," Reno said. "But when actual junk falls into people's hands, or falls from the sky, we might turn it into art, scrap it, sell it or sink it. So it can be an opportunity for some people. Regardless, it forces us to reckon with the consequences of decades of military buildup."

Reno discovered that military waste is much more than random junk -- it also encompasses abandoned and polluted islands once occupied by military bases, militarized masculinities of mass shooters and much more. With such a wide range of influence, this waste is something that Reno thinks readers should spend more time reflecting on.

"I hope readers think more about how the world around them bears the traces of military buildup, if they know where to look. The orbital environment around Earth is full of tiny chunks of satellites going as fast as speeding bullets, and our military is both making it worse and hoping to benefit from it," Reno said. "Both coasts are lined with deliberately sunken naval vessels leaking untold pollutants into the ocean, unregulated by the EPA, and local industrial ruins might exist as a legacy of bloated military contracts that were secured during the Cold War, not because of losing manufacturing jobs to China or Mexico. In other words, you read our past and our present differently if you follow the strange paths of military waste," Reno said.

Reno hopes his book will influence society to stop prioritizing war preparation and focus on how military waste has harmed the world.

"If I dare to dream, I guess my absurd hope is that we stop preparing for wars that never come and invest more in other things we need more desperately, like healthcare (including for veterans who have been cast aside by all of this war preparation)," Reno said. "I also hope we recognize what we have done to the world, making it more toxic and less safe with all of our military junk, and that we bear some of the responsibility by not thinking about the consequences of the world we have made."

Military waste has unexpected consequences on civilians, the environment 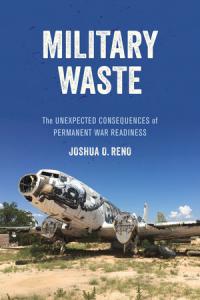 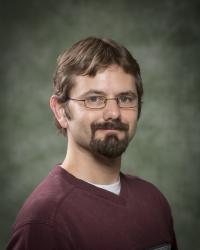