WASHINGTON, April 7, 2011 – Science is playing an increasingly prominent role in many controversial political, religious and socio-economic debates, such as those about embryonic stem cells, genetically modified foods, teaching evolution and climate change. As a result, scientists are finding themselves forced into the fray and frustrated when their data and findings are misunderstood by policymakers and the public and even misrepresented for political gains.

At 12:30 p.m. Sunday, April 10, at the Experimental Biology meeting in the Washington, D.C., Convention Center, three high-profile panelists will share their views on how science, the media, politics and society interact and, perhaps more importantly, what scientists themselves can do to communicate more effectively and restore their credibility.

Sponsored by the American Society for Biochemistry and Molecular Biology, the symposium will feature commentary by Nobel Prize winner Elizabeth Blackburn, Dr. James McCarthy, the chairman of the board of directors for the Union of Concerned Scientists, and author Michael Specter, a New Yorker staff writer who wrote the book "Denialism: How Irrational Thinking Hinders Scientific Progress, Harms the Planet and Threatens Our Lives."

The panel will be moderated by NPR science desk correspondent Richard Harris.

"Controversies over the politicization of science in recent history on issues like climate change and embryonic stem-cell research have begun to create an environment in which the public questions the political motivations of even the most unbiased scientist," says Ben Corb, the public affairs director for ASBMB. "This panel really will explore the critical need for scientists to stay above the fray, while also reminding politicians to leave politics out of our nation's laboratories."

For a high-resolution photo of Elizabeth Blackburn, a professor of biology and physiology at the University of California, San Francisco, and the recipient of the 2009 Nobel prize in physiology or medicine, visit http://bit.ly/g3wIHS.

For a high-resolution photo of Michael Specter, an award-winning writer who focuses on science, technology and public health, visit http://bit.ly/ibzPC6.

For a high-resolution photo of James McCarthy, a professor of biological oceanography at Harvard University and the past-president of the American Association for the Advancement of Science, visit http://bit.ly/erF1Vk.

More information about EB2011 for the media can be found on the press page: http://experimentalbiology.org/content/PressInformation.aspx.

The ASBMB is a nonprofit scientific and educational organization with more than 12,000 members worldwide. Most members teach and conduct research at colleges and universities. Others conduct research in various government laboratories, at nonprofit research institutions and in industry. The Society's student members attend undergraduate or graduate institutions. For more information about ASBMB, visit www.asbmb.org.

High-profile panel to address causes, consequences of the politicization of science 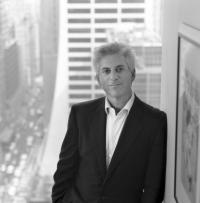 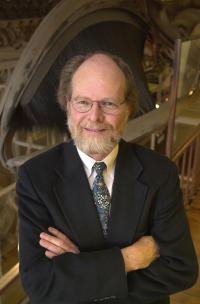