Osaka, Japan - Almost from the moment DNA was discovered, the ability to fix or remove disease-causing genes in affected patients has been something of a holy grail of medicine. Now that this goal is within reach, researchers are working to fine-tune the technology to ensure safe and effective gene editing with no unwanted downstream effects.

In a study published this month in Nature Communications, Japanese researchers led by Osaka University describe a new genome editing approach that brings us much closer to achieving the dream of eliminating a host of diseases caused by faults in our DNA.

Most modern gene editing techniques rely on CRISPR technology—short for "clusters of regularly interspaced short palindromic repeats"—adapted from bacterial anti-viral defense systems. Essentially, CRISPR-associated proteins (Cas) can be directed to specific regions of the genome, where they make precise cuts in the DNA. This approach can be used to completely eliminate regions of faulty DNA or to introduce new DNA by supplying an altered blueprint that is followed by the cell when repairing the DNA break.

The researchers therefore decided to investigate whether Class 1 CRISPR systems could offer a more efficient and safer alternative.

To confirm the therapeutic potential of the system, the researchers carried out Cas3-based repair of the DMD gene in induced pluripotent stem cells from a patient with Duchenne muscular dystrophy. 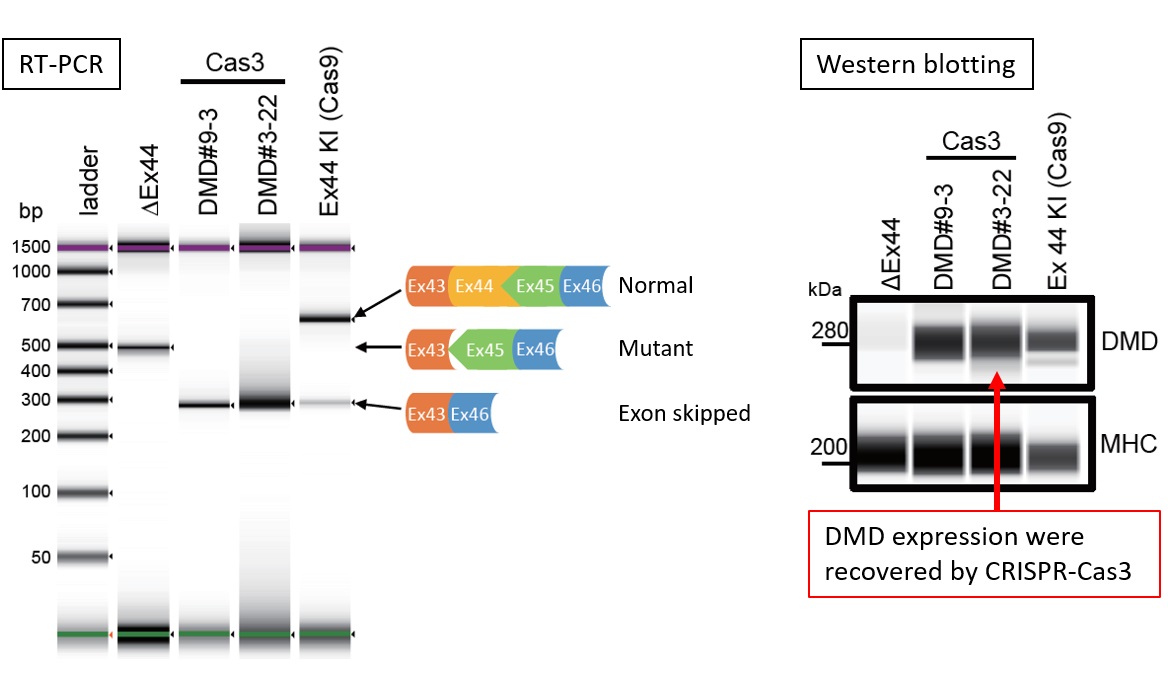