Published today, during World Glaucoma Week 2020, a new study demonstrates how commercially available head mounted displays (HMD) can be used to simulate the day-to-day challenges faced by people with glaucoma.

Glaucoma is an umbrella term for a group of degenerative eye diseases that affect the optic nerve at the back of the eye. It is the leading cause of irreversible blindness worldwide, and is estimated to represent 11% of cases of serious sight impairment in the UK1.

The study, from the Crabb Lab, at City, University of London, suggests potential applications of the technology could include helping policymakers better assess the impact of visual impairment on patients, and helping architects to design more accessible buildings.

Twenty-two volunteers who did not have glaucoma took part in the study. Participants wore a HMD while performing various tasks in either virtual or augmented reality.

In the virtual reality task, participants were placed in a simulation of a typical, 'cluttered' house. Moving their eyes and head allowed them to look around it in order to find a mobile phone hidden somewhere in the house.

In the augmented reality task, participants navigated a real-life, human-sized 'mouse maze', which they viewed through cameras in the front of the HMD.

Sensors in the HMD tracked the position of the participant's eyes, allowing the software to generate a blurred area of vision, known as a 'scotoma', that obstructed the same portion of their visual field, wherever they looked.

The scotoma was created using medical data from a real glaucoma patient, and either restricted vision in the upper part of the participant's visual field, or in the bottom part. In 'control' trials the scotoma was absent.

Similar to real glaucoma patients, participants were slower to perform the tasks when the simulated impairment was present, and made more head and eye movements too. They likewise found the tasks particularly difficult when the vision loss obstructed the bottom part of their visual field. The results also showed how some people were better able to cope than others with an identical impairment.

The software the authors created to simulate the visual impairment (OpenVisSim) has been shared online for others to freely use and develop. It is compatible with most commercially available HMDs and smartphones, and supports a range of visual effects, designed to simulate the different symptoms associated with a range of eye diseases.

"While it's impossible to recreate exactly what it's like to have glaucoma, our findings suggest that digital simulators can at least allow people to experience some of the challenges that people with glaucoma face every day. We are now working with architects to explore whether sight-loss simulators can be used design more accessible buildings and transport systems."

The study is published in the online journal, npj Digital Medicine.

Alternatively, contact the City, University of London Press Office at pressoffice@city.ac.uk or on 020 7040 8788.

The study was funded by Moorfields Eye Charity (https://moorfieldseyecharity.org.uk/) and Fight for Sight (UK) (https://www.fightforsight.org.uk/)

Dr Peter Jones has written a blog to accompany the research article on the npj Digital Medicine website:

The OpenVisSim software is freely available to download online:

About City, University of London

City, University of London is a global higher education institution committed to academic excellence, with a focus on business and the professions and an enviable central London location.

City has around 20,000 students (46% at postgraduate level) from more than 160 countries and staff from over 75 countries.

In the last REF, City doubled the proportion of its total academic staff producing world-leading or internationally excellent research.

More than 140,000 former students from over 180 countries are members of the City Alumni Network.

The University's history dates from 1894, with the foundation of the Northampton Institute on what is now the main part of City's campus. In 1966, City was granted University status by Royal Charter and the Lord Mayor of London became its Chancellor. In September 2016, City joined the University of London and HRH the Princess Royal became City's Chancellor.

Led by President, Professor Sir Paul Curran since 2010, City has made signi?cant investments in its academic staff, its estate and its infrastructure and continues to work towards realising its vision of being a leading global university: it has recently agreed a new Vision & Strategy 2026. 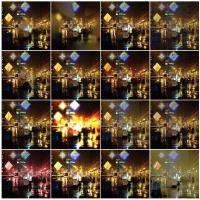