HOUSTON - Immune cells with a general knack for recognizing and killing many types of infected or abnormal cells also can be engineered to hunt down cells with specific targets on them to treat cancer, researchers at The University of Texas MD Anderson Cancer Center report in the journal Leukemia.

The team's preclinical research shows that natural killer cells derived from donated umbilical cords can be modified to seek and destroy some types of leukemia and lymphoma. Genetic engineering also boosts their persistence and embeds a suicide gene that allows the modified cells to be shut down if they cause a severe inflammatory response.

A first-in-human phase I/II clinical trial of these cord-blood-derived, chimeric antigen receptor-equipped natural killer cells opened at MD Anderson in June for patients with relapsed or resistant chronic lymphocytic leukemia (CLL), acute lymphocytic leukemia (ALL), or non-Hodgkin lymphoma. All are cancers of the B cells, another white blood cell involved in immune response.

"Natural killer cells are the immune system's most potent killers, but they are short-lived and cancers manage to evade a patient's own NK cells to progress," said Katy Rezvani, M.D., Ph.D., professor of Stem Cell Transplantation and Cellular Therapy.

"Our cord-blood derived NK cells, genetically equipped with a receptor that focuses them on B-cell malignancies and with interleukin-15 to help them persist longer -- potentially for months instead of two or three weeks -- are designed to address these challenges," Rezvani said.

The chimeric antigen receptor (CAR), so-called because it's added to the cells, targets CD19, a surface protein found on B cells.

In cell lines and mouse models of lymphoma and CLL, CD19-targeted NK cells killed cancer cells and extended survival of animals compared to simply giving NK cells alone. Addition of IL-15 to the CD19 receptor was crucial for the longer persistence and enhanced activity of the NK cells against tumor cells.

NK cells are a different breed of killer from their more famous immune system cousins, the T cells. Both are white blood cells, but T cells are highly specialized hunters that look for invaders or abnormal cells that bear a specific antigen target, kill them and then remember the antigen target forever.

Natural killers have an array of inhibitory and activating receptors that work together to allow them to detect a wider variety of infected, stressed or abnormal cells.

Using a viral vector, the researchers transduce NK cells taken from cord blood with the CD19 CAR, the IL-15 gene, and an inducible caspase-9-based suicide gene.

Another experiment showed the engineered cord blood NK cells killed CLL cells much more efficiently than NK cells taken from CLL patients and engineered, highlighting the need to transplant CAR-engineered NK cells from healthy cord blood rather than use a patient's own cells.

A proportion of mice treated with the higher dose of engineered NK cells died of cytokine release syndrome, a severe inflammatory response that also occurs in people treated with CAR T cells.

To counteract this toxicity, the researchers incorporated a suicide gene (iC9) that can be activated to kill the NK cells by treatment with a small-molecule dimerizer. This combination worked to swiftly reduce the engineered NK cells in the mouse model.

Subsequent safety experiments were conducted in preparation for the clinical trial. Rezvani, the principal investigator of the clinical trial, says the protocol calls for vigilance for signs of cytokine release syndrome, treatment with steroids and tocilizumab for low-grade CRS with AP1903 added to activate the suicide gene for grade 3 or 4 CRS.

NK CARs available off the shelf

T cells modified with chimeric antigen receptors against CD19 have shown efficacy in clinical trials. In these therapies, a patient's own T cells are modified, expanded, and given back to the patient, a process that takes weeks. Finding a matched donor for T cells would be a challenge, but would be necessary because unmatched T cells could attack the recipient's normal tissue - graft vs. host disease.

Rezvani and Shpall have given patients cord-blood derived NK cells in a variety of clinical trials and found that they do not cause graft vs. host disease, therefore don't have to be matched. NK cells can be an off-the-shelf product, prepared in advance with the necessary receptor and given promptly to patients.

"CAR NK cells are scalable in a way that CAR T cells are not," Rezvani noted.

A strength of T cells is the development of memory cells that persist and repeatedly attack cells bearing the specific antigen that return. NK cells do not seem to have a memory function, but Rezvani says the experience of the longer-lived mice, which are now more than a year old, raises the possibility that a prolonged NK cell attack will suffice.

Shpall, Rezvani and colleagues are developing cord blood NK CARs for other targets in a variety of blood cancers and solid tumors.

MD Anderson and the researchers have intellectual property related to the engineered NK cells, which is being managed in accordance with the institution's conflict-of-interest rules.

Shpall founded and directs MD Anderson's Cord Blood Bank, originally established to provide umbilical cord blood stem cells for patients who need them but cannot get a precise donor match. Donated by mothers who deliver babies at seven Houston hospitals and two others from California and Michigan, the bank now has 26,000 cords stored. MD Anderson researchers pioneered the extraction and expansion of NK cells from umbilical cords.

Funding for this research was provided by MD Anderson's Moon Shots Program, the National Cancer Institute of the National Institutes of Health Cancer Center Support Grant (CA016672) to MD Anderson and grants from the Leukemia and Lymphoma Society and the American Cancer Society. 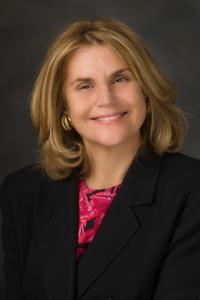