Just like populations of human beings, clusters of living cells are made up of individuals possessing unique qualities. Traditional analytic techniques however evaluate cells in tissue aggregates, often overlooking single-cell nuances that can offer valuable clues concerning health and disease.

ASU Senior Scientist and Professor, Deirdre Meldrum, and her colleagues at Arizona State University's Biodesign Institute are pioneering a kind of miniaturized laboratory for the investigation of single cells. Known as the Cellarium, this live cell array technology will enable researchers to investigate the detailed behavior of individual cells—providing unprecedented insights into their role in disease processes.

"Just as an aquarium is for viewing and studying live fish, the 'Cellarium' is for viewing and studying live cells," Meldrum says. "The Cellarium is an innovative, disposable microarray with sensors for dynamic, high-throughput measurements of live single cells. It is capable of multiparameter metabolic measurements of biosignatures induced by perturbation," she explains.

Currently under a $1.5 million grant from the NIH, the Cellarium project is the fruit of over a decade of scientific progress. Much of this work has been carried out with Meldrum's Center for Biosignatures Discovery Automation, a multidisciplinary team Meldrum directs and that has devoted significant resources to the study of single-cell physiology. Other key investigators in the Cellarium project include Drs. Honor Glenn, Mark Holl, Laimonas Kelbauskas, Yanqing Tian, Cody Youngbull, and Mr. Cliff Anderson.

An NIH Center of Excellence in Genomic Sciences known as the Microscale Life Sciences Center at Biodesign, also directed by Meldrum, has created and developed the Cellarium's early generation technology, with the assistance of partners at the University of Washington, Fred Hutchinson Cancer Research Center, and Brandeis University.

The new grant is part of the NIH Common Fund project known as LINCS – Library of Integrated Network-Based Cellular Signatures, which is a library of molecular signatures describing cell behavior in response to a variety of perturbing agents.

The central hypothesis of the LINCS project is that subjecting cells to perturbation can cause changes in the behavior and/or function that result in changes in the observable physical or biochemical characteristics of a cell or cell phenotype. Observing phenotypic cell changes in response to perturbation will help scientists better understand how environmental stresses on cells can cause them to transition to disease states.

While LINCS centers at Harvard Medical School and the Broad Institute are actively gathering molecular information, Meldrum stresses that the Cellarium's keen analytical capability to record dynamic characteristics of individual live cells in real time will provide a unique data set not attainable by any existing method. "We will be adding the dimensions of single-cell physiology and time to the LINCS database," Meldrum says.

The Cellarium array chip permits the study of individual cells in a high throughput format, providing measurement of critical parameters of cell metabolism including oxygen consumption, pH, adenosine triphosphate (ATP), and glucose. Studying the manner in which these and other single-cell variables change with time will help researchers gain insight into life and death processes of cells, such as neoplastic progression (e.g. cancer), and pyroptosis or proinflammatory cell death—implicated in a range of inflammatory diseases as well as heart disease, stroke and cancer.

Meldrum's team received $669, 794 in funding to support the Cellarium project's inaugural year and the current award provides additional funding through August 2013. Over the next 18 months, the team will develop a disposable Cellarium microarray; employ a commercial microarray scanner to read cell parameters; and verify the technology's effectiveness by simultaneously monitoring oxygen, pH, glucose, and ATP responses.

The group will conduct studies involving various kinds of cell perturbation, observing metabolic responses to these interventions and compiling written and graphical procedures to facilitate an understanding of the data. Such stimulus-response experiments could include exposing cells to biochemical agents, an infection, a temporal cue, a drug, or any other type of perturbation.

The Cellarium system can also be applied to a wide range of cell types, including normal, metaplastic, dysplastic, and cancerous cells. While the initial version of the Cellarium will measure oxygen consumption, pH, ATP, and glucose, future work will be aimed at developing new sensors capable of measuring many additional cell parameters.

Providing the proper conditions for the study of individual cells is tricky. The Cellarium relies on environmentally controlled chambers in arrays outfitted with optical sensors capable of being scanned to reveal key parameters over time. To accomplish this, shallow microwells—each with a capacity of about 150 picoliters—will provide protection for the cells under study, which are then sealed in the microwell.

The analytes under consideration can then be studied using extracellular fluorescent sensors capable of multiparameter detection of metabolic processes. The microwells of the Cellarium are each able to hold 1 or more cells, on an array containing thousands of these wells. Once the Cellarium is fully developed by the end of 2012, it should be able to carry out multiparameter dynamic measurements on thousands of cells per run.

Figure 1 outlines the Cellarium process. First, cells are seeded into microwells and incubated under normal culture conditions. (Prior to incubation, various perturbagens may be introduced.) By compressing the aligned sensor array and cell microwell array together, an isolation seal is formed.

Next, using a high-speed scanner, the array is scanned at precise time intervals to establish rates of oxygen consumption, extracellular pH change, and glucose uptake. These values are pertinent to cancer metabolism, normal cell development and a wide array of human pathologies. Ultimately, intracellular fluorescent sensors can be used to augment the range of detectable parameters, including ATP.

Meldrum stresses the importance of heterogeneity within cell populations—the behavior of atypical, aberrant cells often being the most critical for the purposes of accurate disease detection. Such aberrant cells are precisely those that are often averaged out when bulk cell study techniques are used. "With our live single cell technologies and experiments we hope to elucidate key biological pathways that will help us understand cancer and other diseases, and lead us to successful diagnoses for early detection and ultimately improved qualify of life," states Meldrum.

The Cellarium holds the potential for significant improvements in the understanding of single-cell behavior, including the study of tumor formation and the abnormally high rate of glucose-degradation to form ATP (glycosylation) observed in cancer cells—a symptom known as the Warburg effect. The Cellarium could also be a boon to pharmaceutical companies attempting to personalize their therapeutics based on pathogen detection and microbial analysis.

After future refinements, the group plans to commercialize the platform, providing both researchers and clinical diagnosticians with a unique tool for probing single-cell dynamics.

Breakthrough technology focuses in on disease traits of single cells 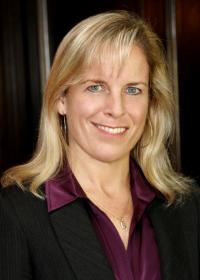